Composite Disc Brooches were complex, highly skilled pieces of work that were only found in very high status Kentish graves, and are, therefore, quite rare. They are large (40 – 85 mm in diameter) and date from the second half of the sixth century to the first half of the seventh century.

These brooches are constructed of three plates which were rivetted together. The front plate, which was made of gold, silver, or copper alloy. The middle plate acted as a stiffener for the brooch, while the backplate held the fitting for the pin.

The front plate was highly decorated with filigree work and contains setting for cloisonné setting of garnet and glass. In some cases shell was used to give a white colour, but in many cases this has not survived. Stamped gold foil was often placed under the garnets in order to reflect the light to give a sparkling effect.

Gale Owen-Crocker writes: “The Kingston Brooch is our most elaborate example of the type, with more concentric circles than any other, cloisonnés of great complexity, contrasting colours–two shades of garnet blue glass and gold–filigree ornament representing serpentine animals and, on the back, a decorated pin catch with an animal and bird heads.”

The Development of the Composite Disc Brooch 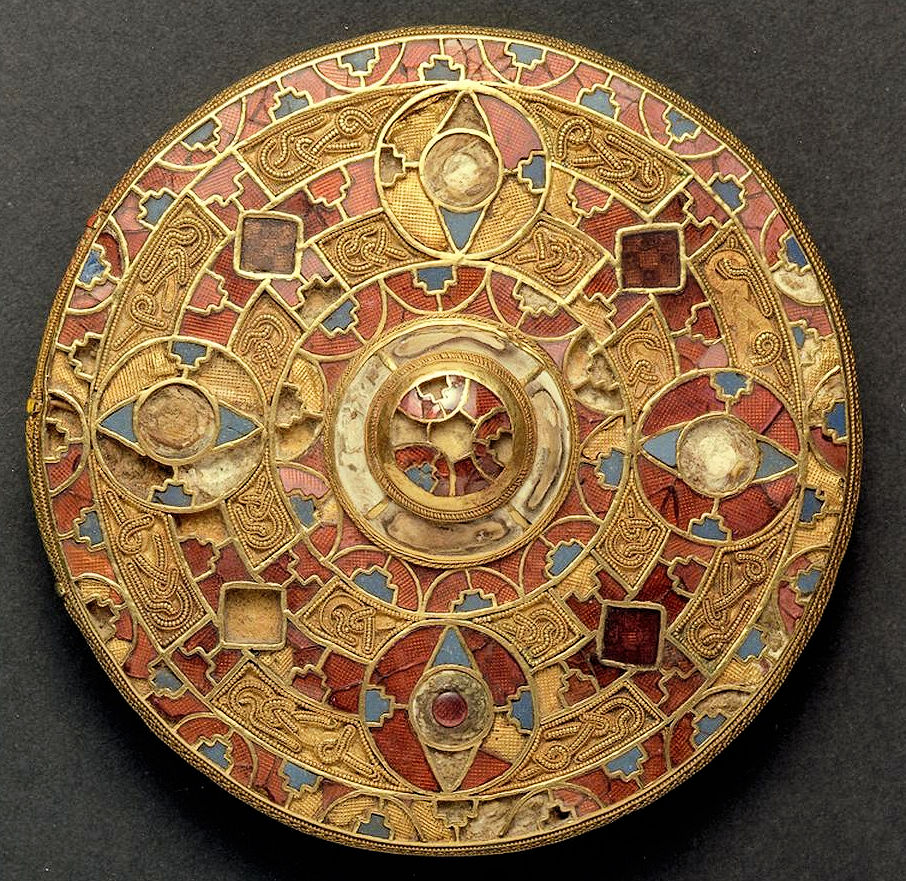 The Kingston Brooch
(click on the images to enlarge) 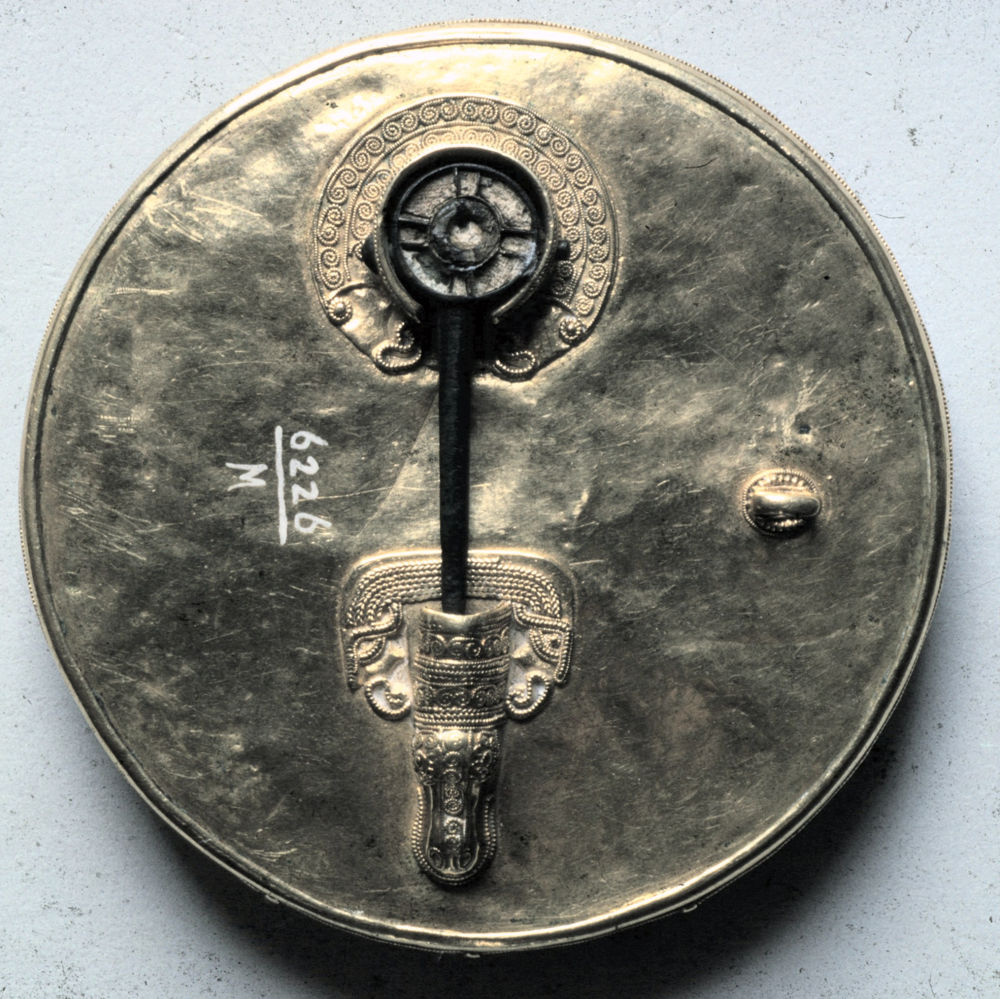 The back of the Kingston Brooch 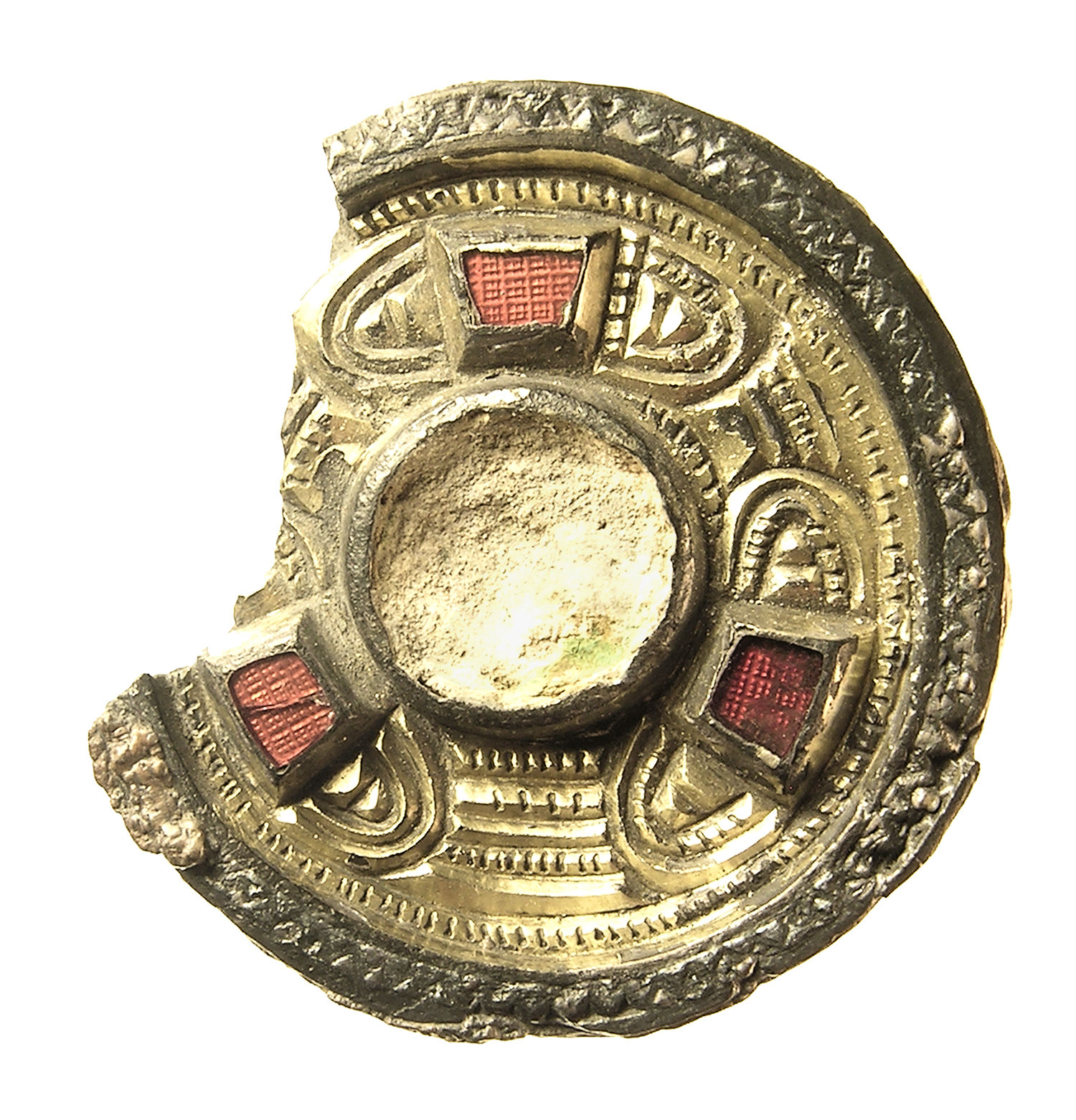 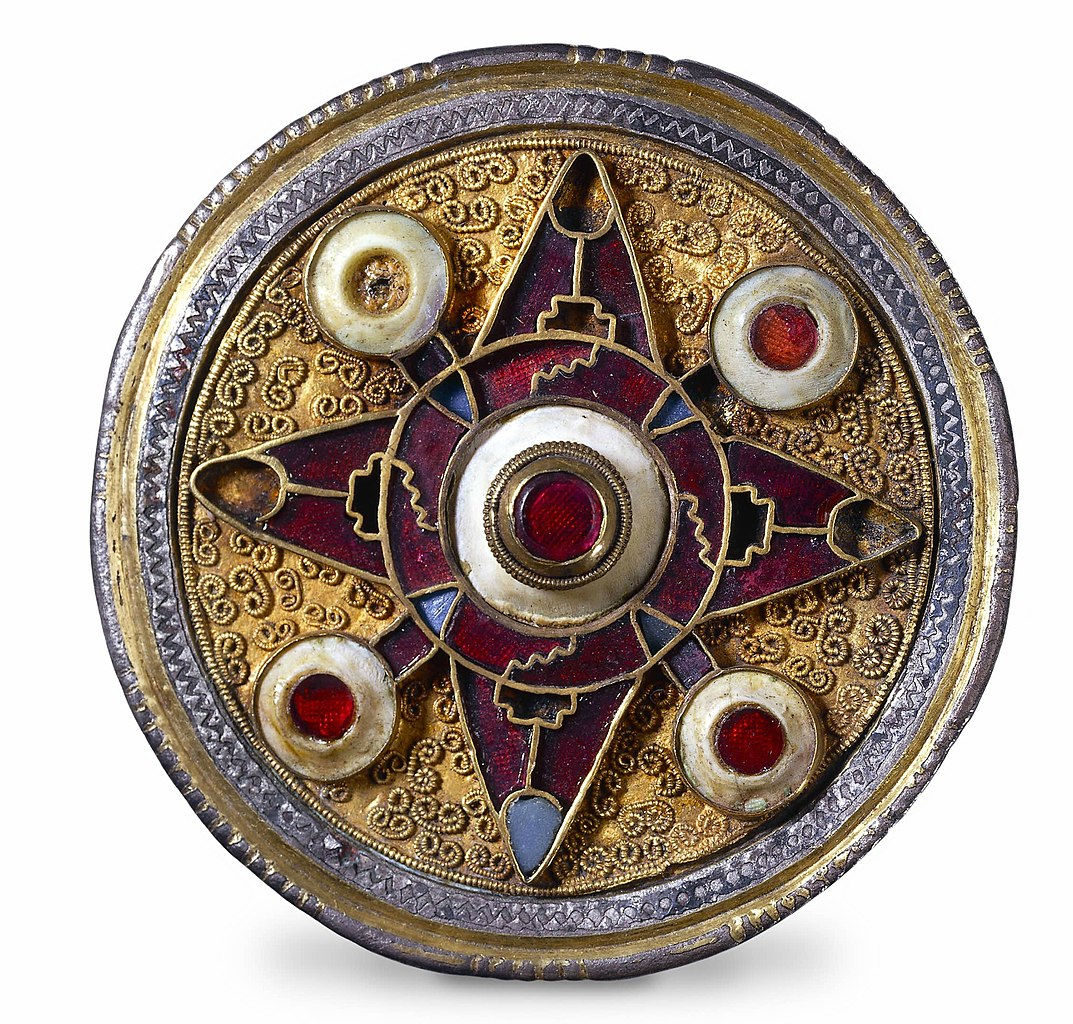 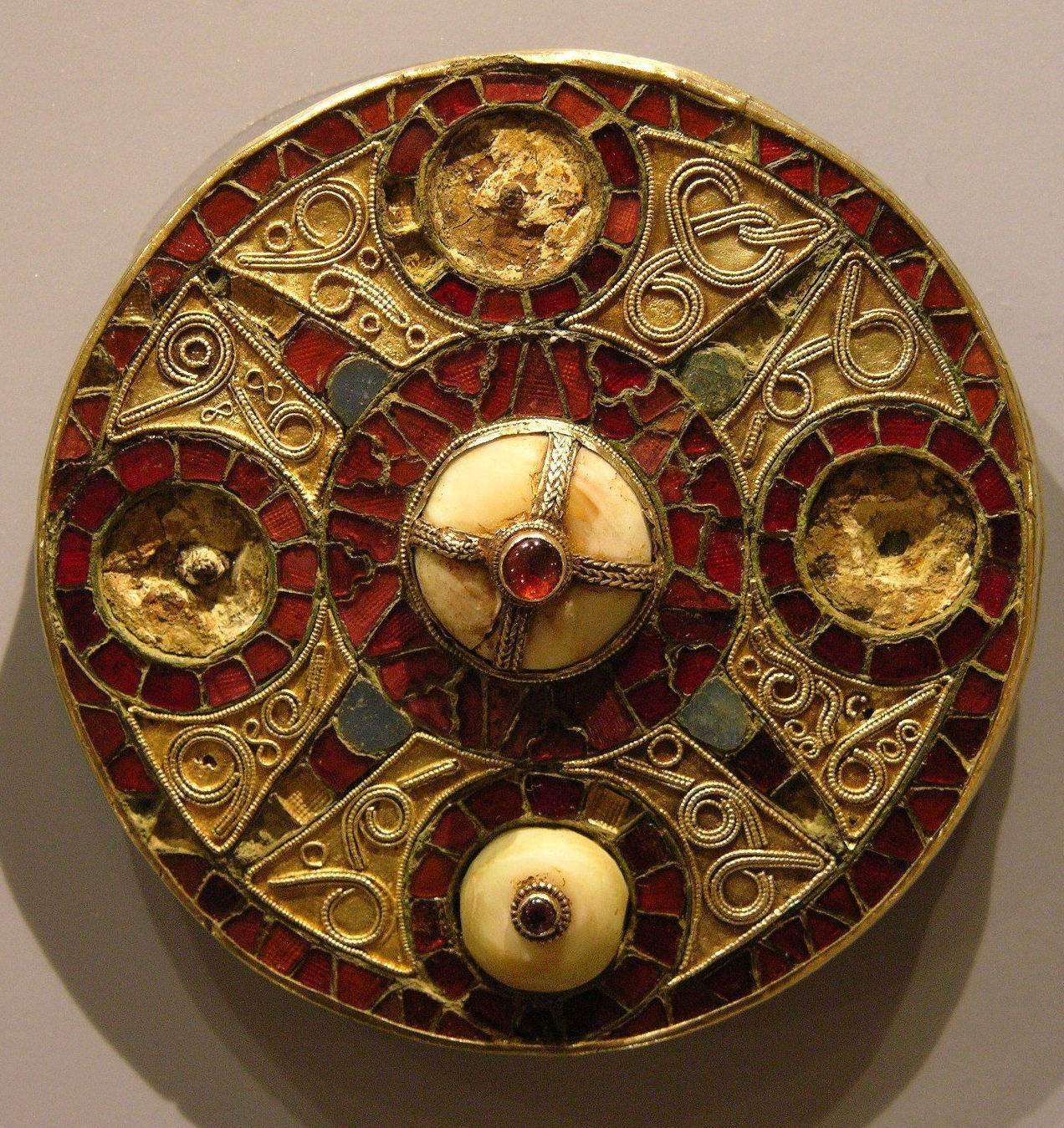 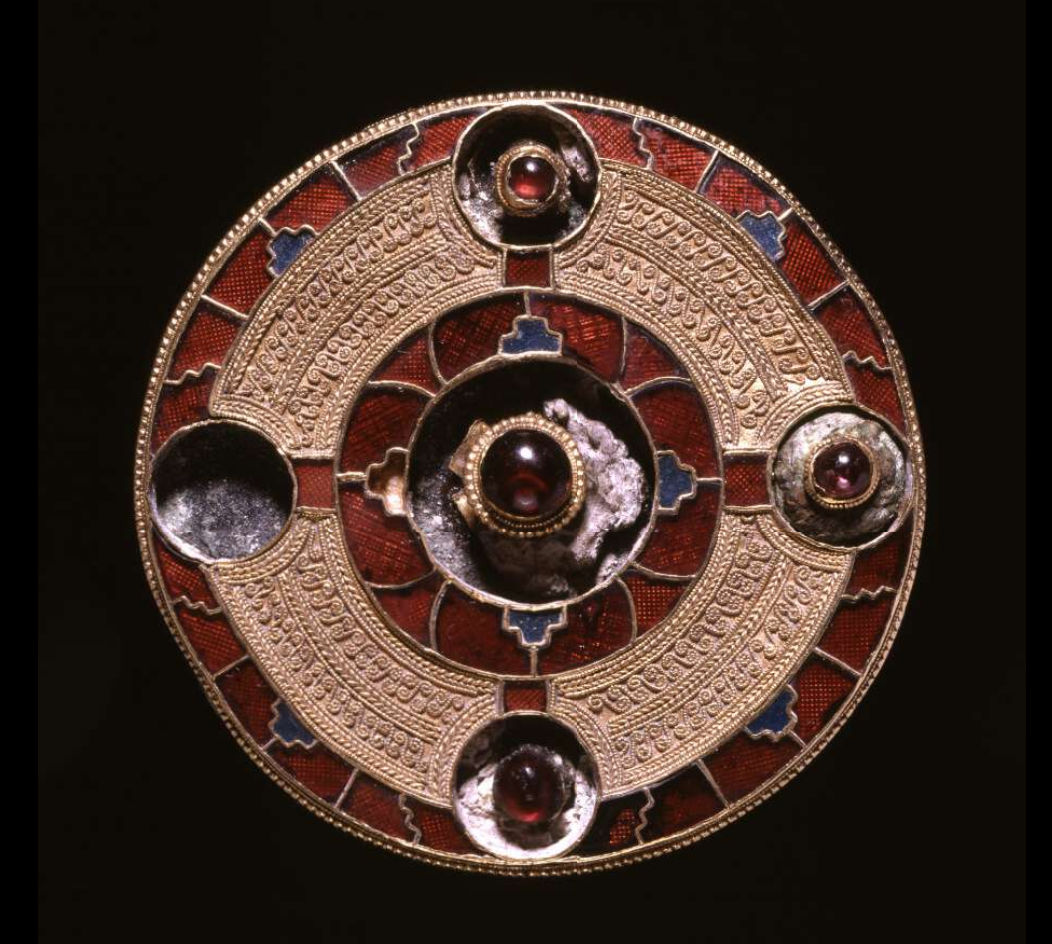 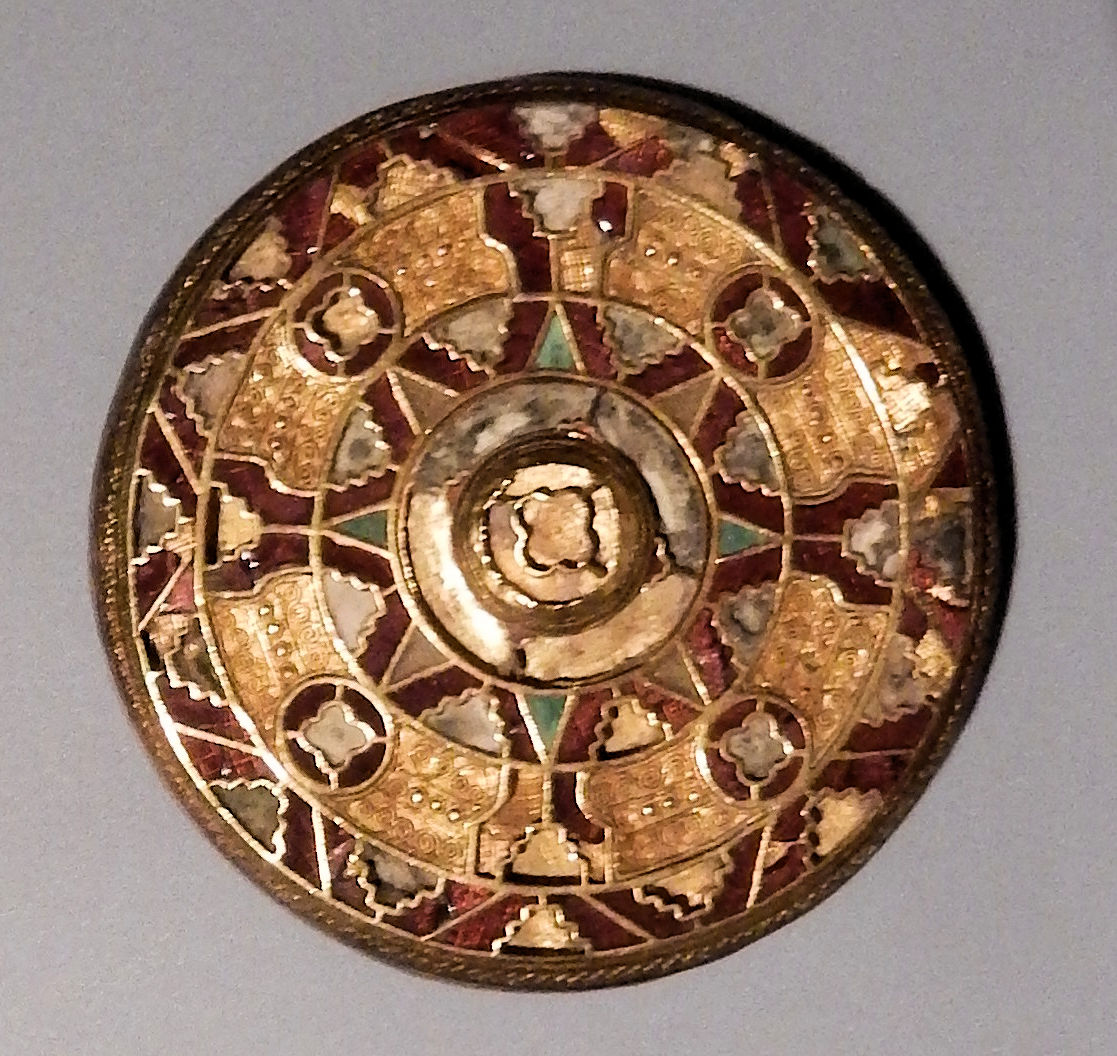