Alfred (or Ælfred as it is spelt in contemporary documents), king of the West Saxons and of the Anglo-Saxons, was born in 848/9 at Wantage, in the Vale of the White Horse, Oxfordshire.

He was the youngest of six children of King Æthelwulf of Wessex (d. 858) and of Osburh, daughter of Oslac, the king’s butler (who was claimed to be a descendant of the family that founded the kingdom of the Isle of Wight).

Three of Alfred’s elder brothers, Æthelbald, Æthelberht, and Æthelred, were successively kings of Wessex before him; and his sister, Æthelswith, was wife to Burgred, king of the Mercians.

In 868 Alfred married Ealhswith (d. 902), daughter of a Mercian ealdorman, Æthelred Mucel, and of Eadburh. Their children were Æthelflæd, ‘lady of the Mercians’, Edward the Elder, king of the Anglo-Saxons, Æthelgifu, abbess of Shaftesbury, Ælfthryth, wife to Baudouin, count of Flanders, and Æthelweard.

Among Alfred’s grandsons were Æthelstan, Edmund, and Eadred, kings of the English; his granddaughters were married into many of the royal houses of Europe.

As the fifth son, there would normally have been no possibility of him becoming king, but the tumultuous events of the time meant that he succeeded to the throne after the death of his father and his four elder brothers. 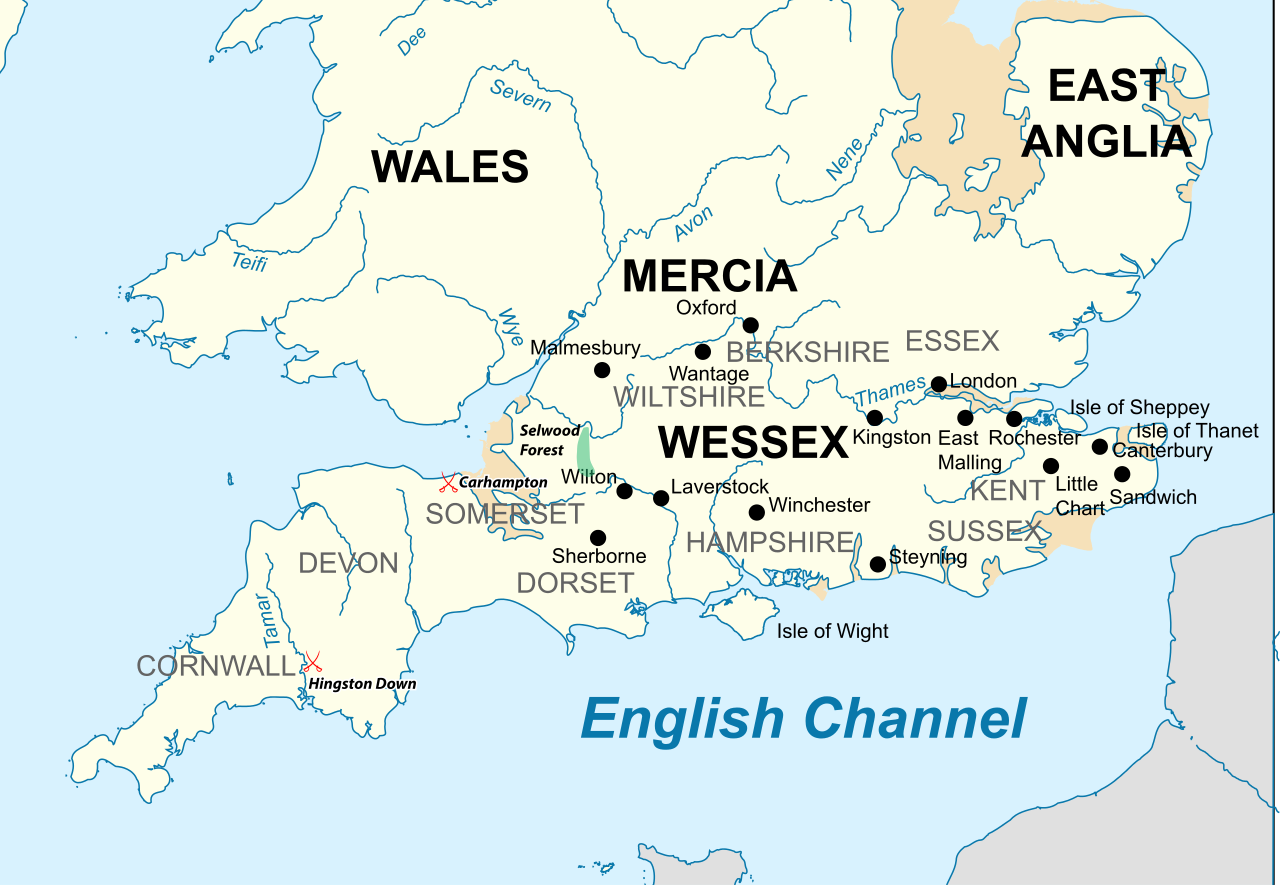 Southern Britain in the 9th century
Image: Wikimedia Commons (click on the image to enlarge)