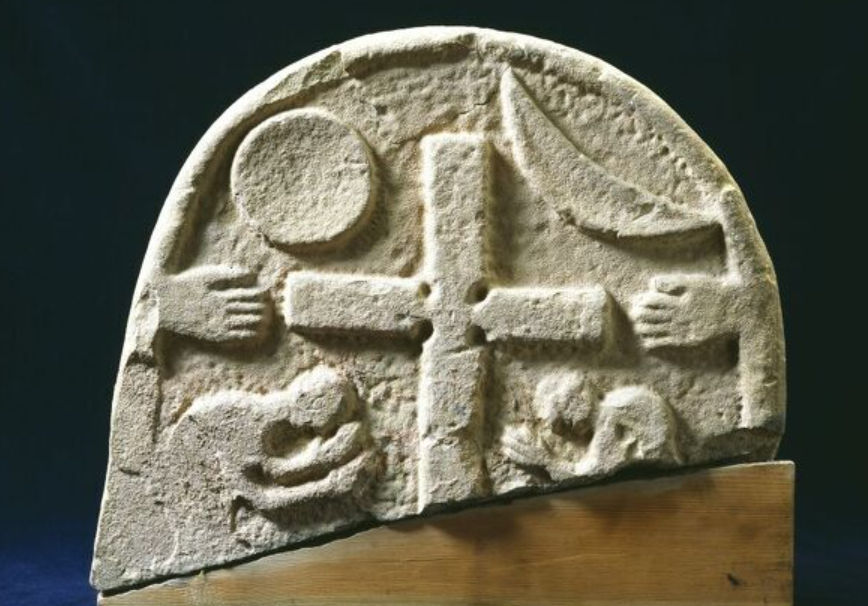 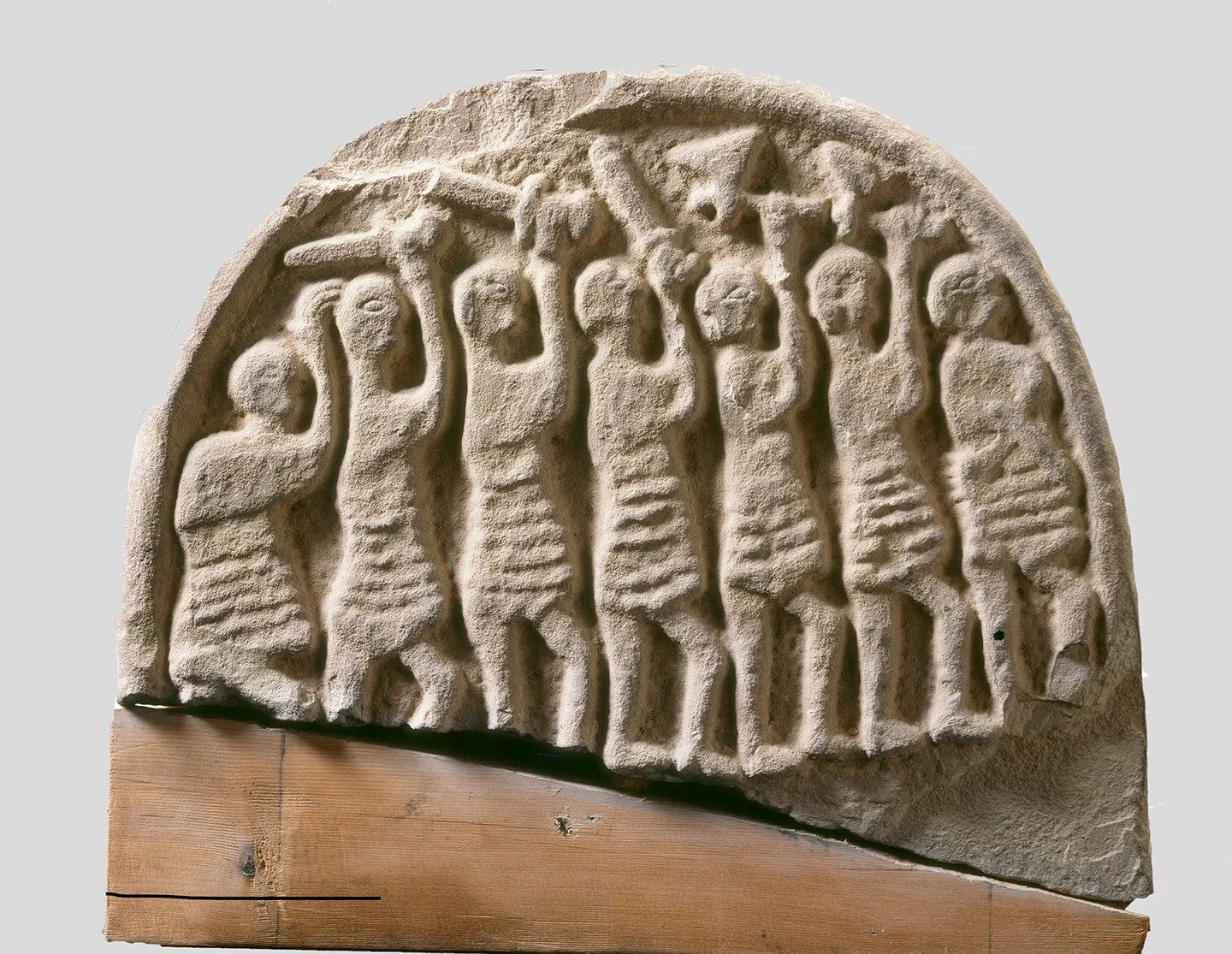 This stone is a grave marker dating to c. 900 AD. It is carved on one side with scenes which have been interpreted as depicting the onset of Domesday.

The scene on the other side shows warriors attacking with Viking-style swords and battle axes.

The stone is displayed in the Lindisfarne Priory Museum.