I n June 2009 excavations in advance of the Weymouth Relief Road discovered a burial pit containing a large number of dismembered skeletons.

Fifty-one decapitated skulls were found in one distinct area of the pit and bodies were found randomly placed in another section of the pit.
Initially, the burials were believed to date to between the late Iron Age and the early Roman Period.

Samples from the teeth of ten individuals were examined by Dr Jane Evans and Carolyn Chenery at the NERC Geosciences Laboratory, part of the British Geological survey, based in Nottingham.

Dr Evans explained: “Isotopes from drinking water and food are fixed in the enamel and dentine of teeth as the teeth are formed in early life. By completing a careful preparation and chemical separation process in the laboratory, the elements are extracted and their isotope composition can be measured.”

She continued: “The isotope analysis we do, we start with the tooth and we have to cut the tooth up and separate out just the enamel. We then dissolve that, we separate out the strontium and oxygen with chemical methods and when we’ve got that we use a mass spectrometer to do the actual isotope analysis and get the ratio of the elements we’re interested in.”

Carolyn Chenery added: “The oxygen isotope results from the Dorset individuals were particularly unusual in that they all had signatures that indicate that they all came from very cold climate.

“One individual in particular had an isotope value that was so low that he’s very likely to have come from north of the Arctic Circle, and looking at these results and combining them with the strontium results, that were not usual for the place of burial, we decided that the most likely place of origin is somewhere in the Scandinavian countries; Norway and Sweden, or Finland.”

Dr Jane Evans concluded: “The results from Dorset were spectacular and very unusual. The individuals had signatures that were clearly not of British origin and as such were very unusual for us to see these kind of samples found and discovered in Britain.

“They were fantastic results.”

Some of the teeth showed groves had been cut into them
Image: Oxford Archaeology

“We know that we have a certain number of individuals, they’re all young males, of fighting age, very robust and reasonably fit and they’ve been executed by having their heads cut off and their bodies have been dumped in a pit, in a very prominent location, on a ridge between two of the main towns, in Dorset on what would, even then have been, the side of the main road.

“The injuries on the bones are quite interesting, in that most of the injuries relate to the execution. We’ve got lots of cut marks around the neck, the jaws, the shoulder blades, the top of the spine, and it’s really telling us that it’s quite a messy job. Quite a few of them were either not killed with one blow, or their head was not taken off with one blow.” 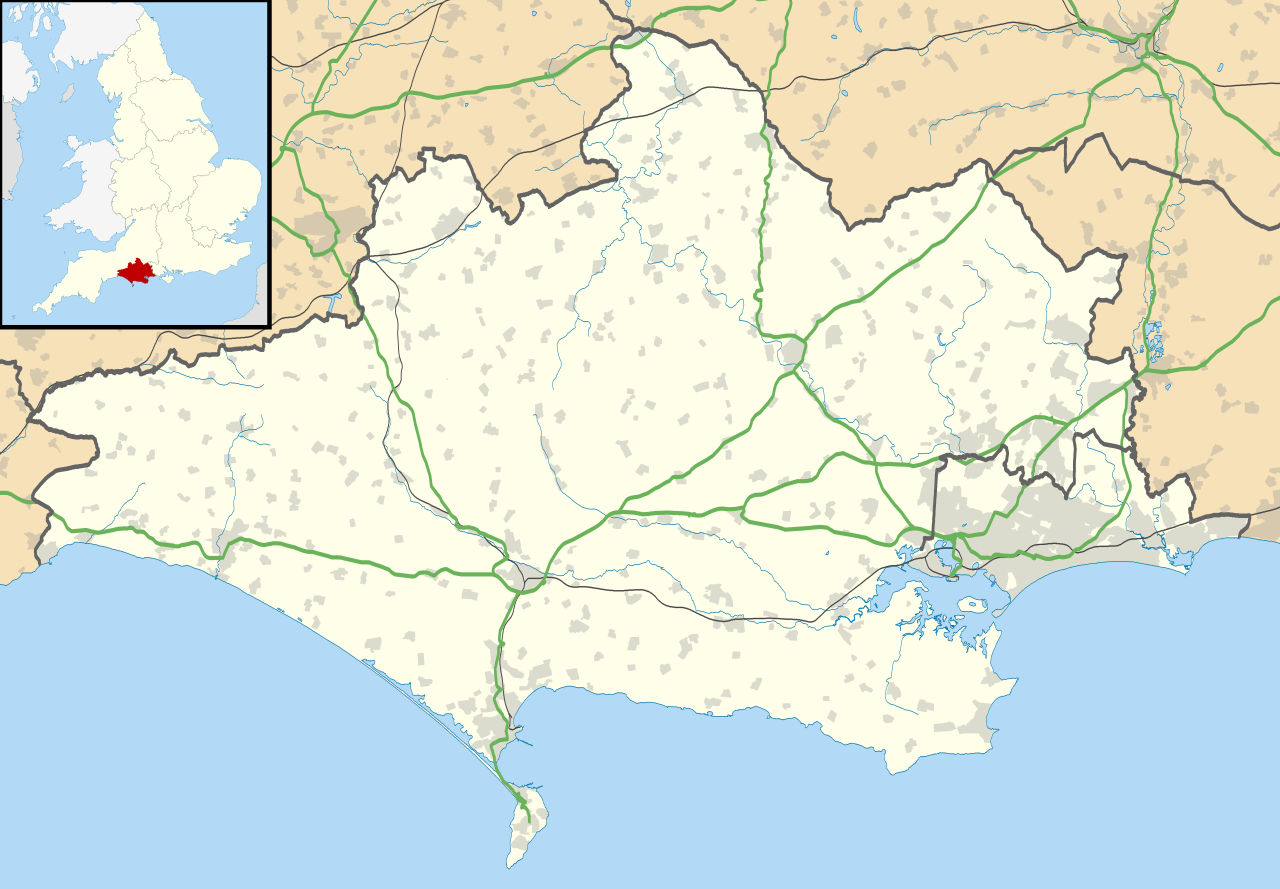 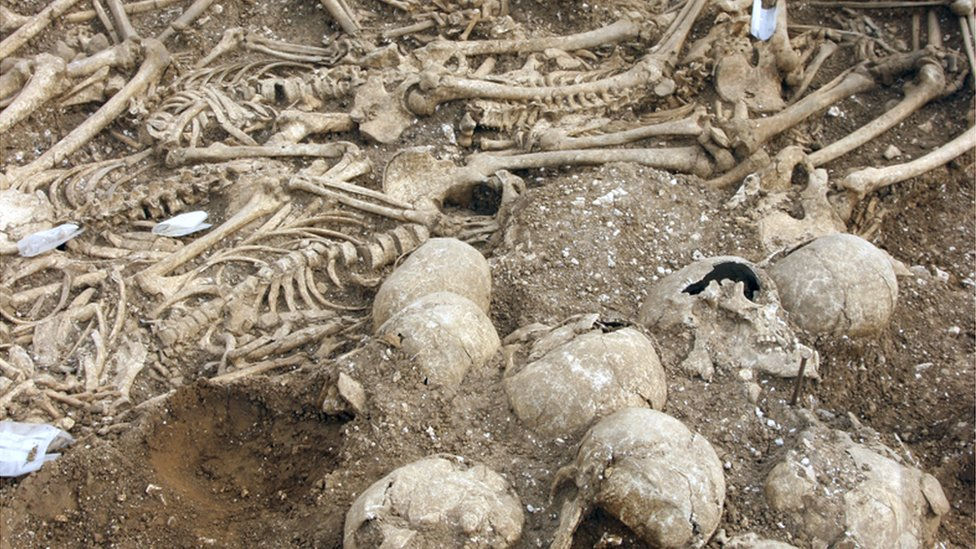 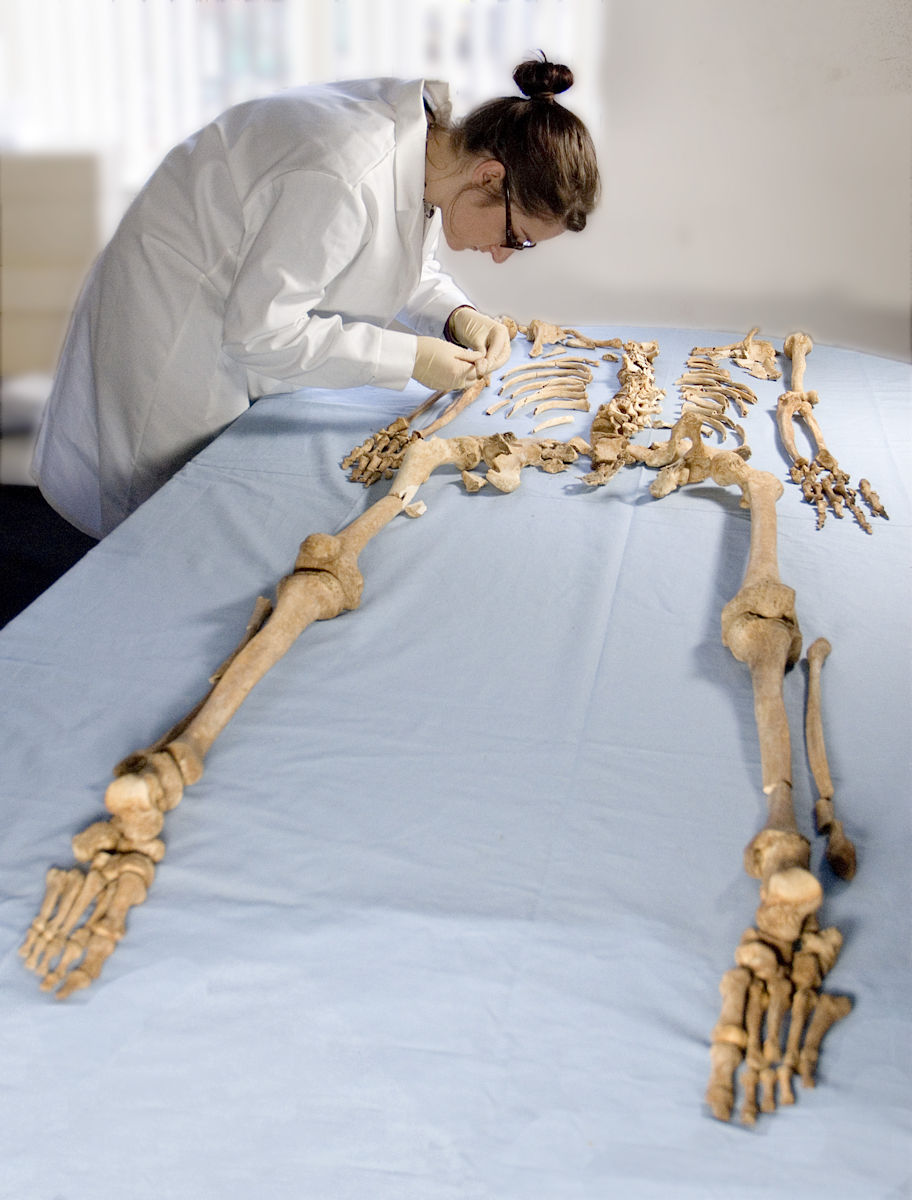 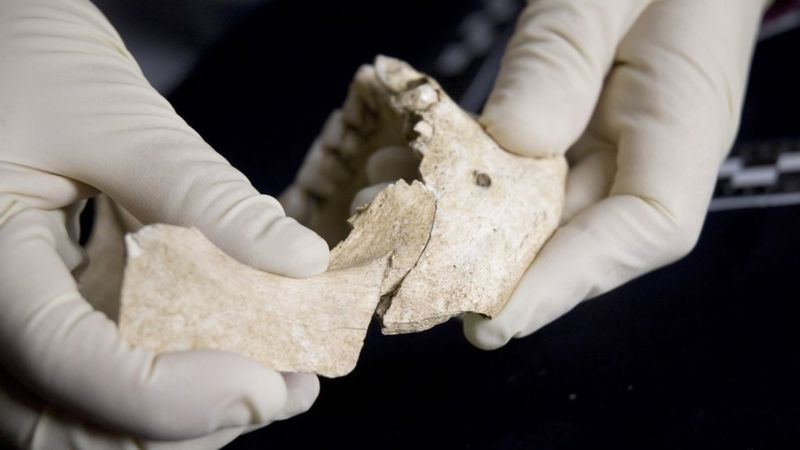 This blow cut straight through the jaw
Image: Oxford Archaeology 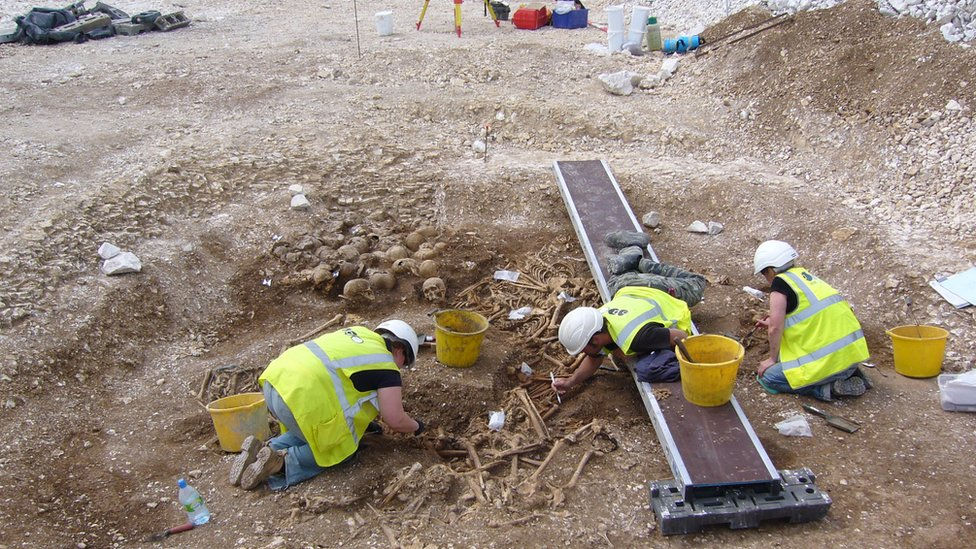