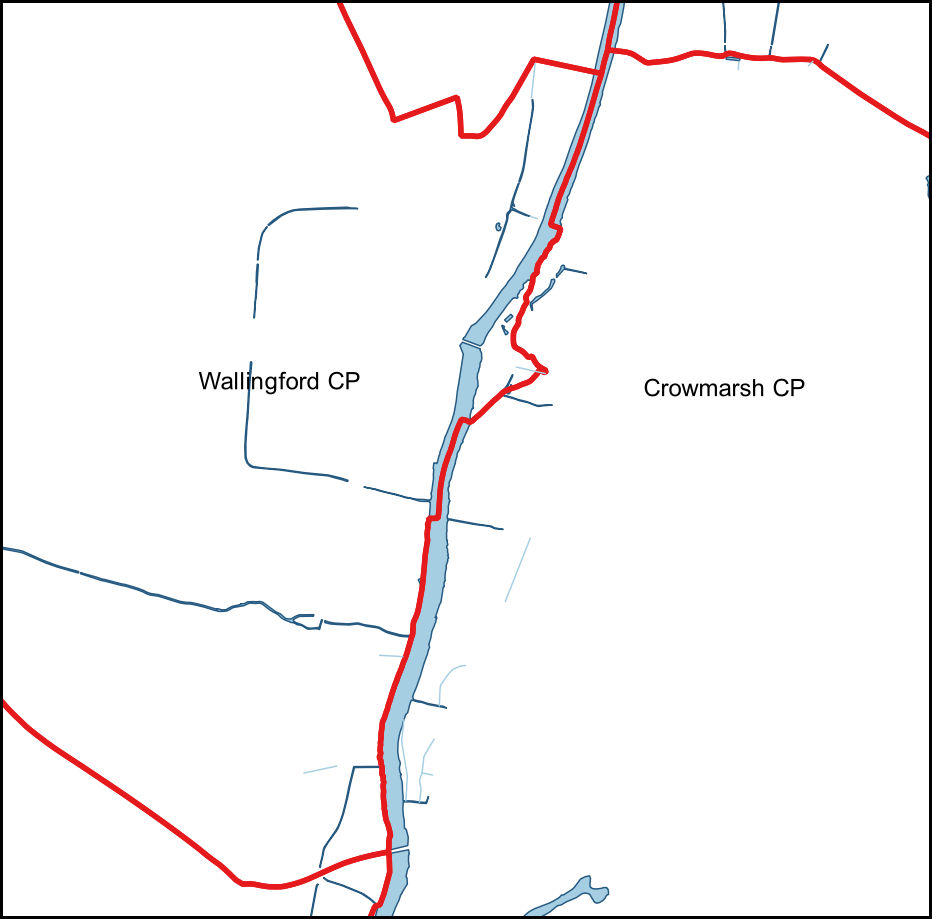 The Parish Boundaries of Wallingford and (post-1932) Crowmarsh
image: David Beard
(click on the image to enlarge) 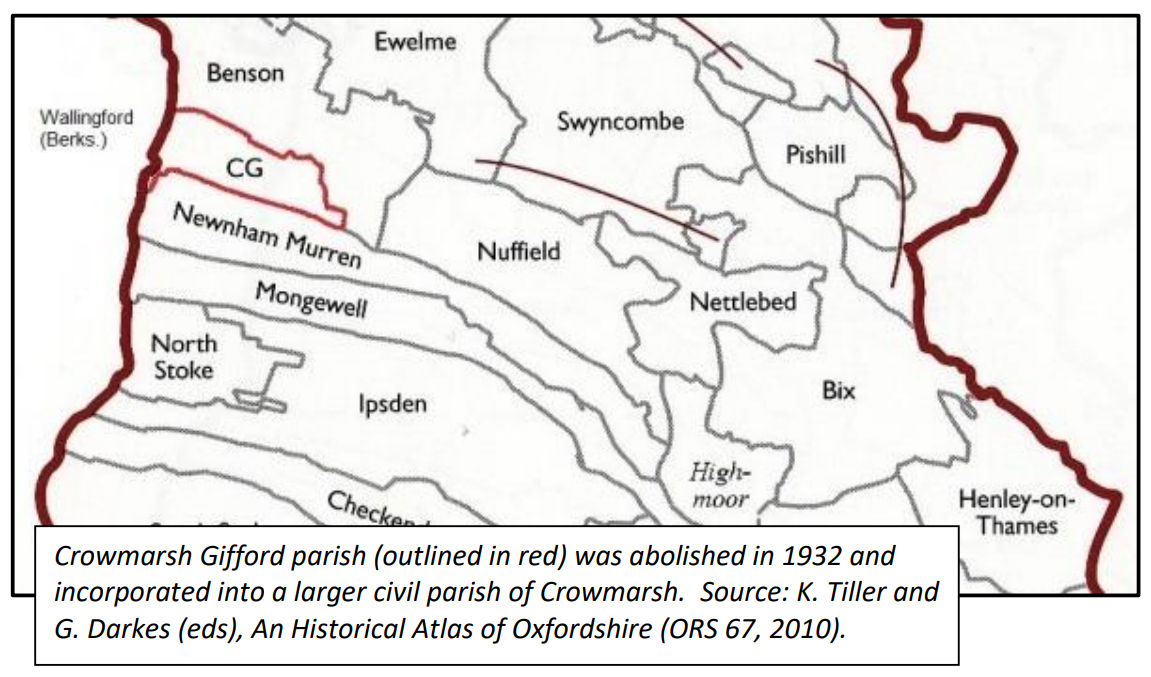 “The Wallingford–Henley road (which formed both Crowmarsh’s southern boundary and the main village street) may have originated as a prehistoric trackway from the Thames to the Chilterns, running roughly parallel to the Iron-Age Grim’s Ditch further south. The creation of a burh at Wallingford in the 9th century added to the road’s importance, which increased further in the 12th or 13th century when a stone bridge (replacing an earlier timber structure) was built across the Thames. “

For the most part the boundary between the parish of Wallingford and the parish of Crowmarsh follows the line of the river Thames.

However, at the site of the bridge, the boundary of Wallingford extends eastward across the river to include the are of the bridgehead. This makes it extremely likely that the bridge was part of the initial planning of the burh.

“As important, but equally understudied, is the distinctive bridge crossing westwards over the Thames from Crowmarsh. At nearly 300 m, it is just short of the length of London Bridge, and its fabric displays a complex history of renewal, expansion and rebuilding from c.1300–1900; Gothic vaulting is still evident, part encased in a widening of some of the central arches and piers. The river piers have undergone significant reworking following flood damage in the early nineteenth century. The bridge’s angle of entry into the town and its relationship with the rebuilt church of St Michael’s suggests complex change at this eastern ‘gate’: St Michael’s was one of six churches positioned on or near the defences, and an intriguing possibility is that one or more represent the seats of Anglo-Saxon thegns (or aristocrats), as attested elsewhere.”