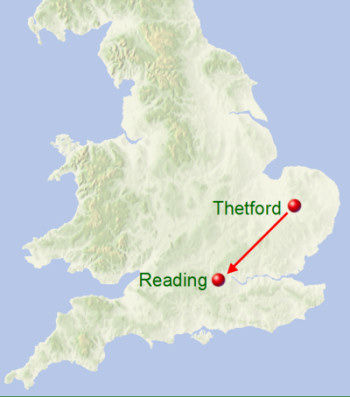 This year came the army to Reading in Wessex; and in the course of three nights after rode two earls up, who were met by Alderman Ethelwulf at Englefield; where he fought with them, and obtained the victory. There one of them was slain, whose name was Sidrac. About four nights after this, King Ethered and Alfred his brother led their main army to Reading, where they fought with the enemy; and there was much slaughter on either hand, Alderman Ethelwulf being among the slain; but the Danes kept possession of the field.