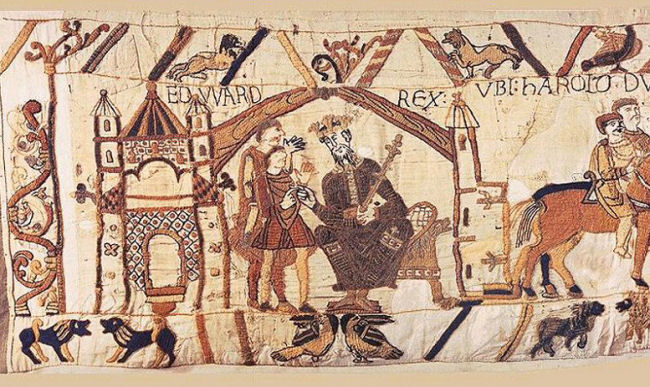 The beginning of the Tapestry shows King Edward with two figures, one of whom is Harold Godwinson.

It is understood from the French sources that Harold is being sent as a messenger to Duke William. William of Poitiers’ Gesta Guillelmi (1071-1077) states:

“At time Edward, king of the English, protected the position of William (whom he loved as a brother or son and had already appointed his heir) with a stronger pledge than before. He wished to prepare in advance for the inevitable hour of death … To confirm the pledge with an oath, he sent Harold, the most distinguished of his subjects in wealth, honour and power, whose brother and nephew had been received as hostages for William’s succession.”