Bayeux Tapestry Location of the Battle of Hastings

The ‘official’ location of the Battle of Hastings has long been the site of Battle Abbey. According to the traditional account, accepted for almost a millennium, the abbey, now in ruins, was built on the battlefield itself, with the high altar marking the precise spot where Harold fell, reputedly with an arrow in his eye. Other sites have been suggested, including Caldbec Hill.

In 2013, Time Team decided to look at the problem of the location of the battle. They obtained permission from English Heritage to excavate three long trenches. The excavation failed to produce any evidence of the battle – either artefacts or human remains – even though so many died in the fighting.

Time Team then commissioned a LIDAR survey of the area. Using this survey, it was possible to remove modern building and to produce a plan of the topography in the 11th century. 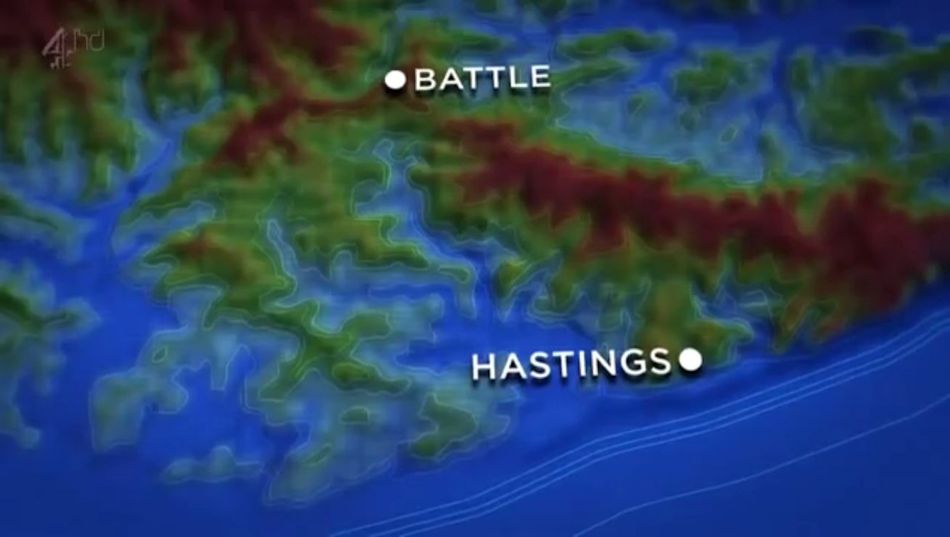 It was immediately apparent that Hastings at the time was virtually a peninsular and that there was only one feasible route for William’s army to take. 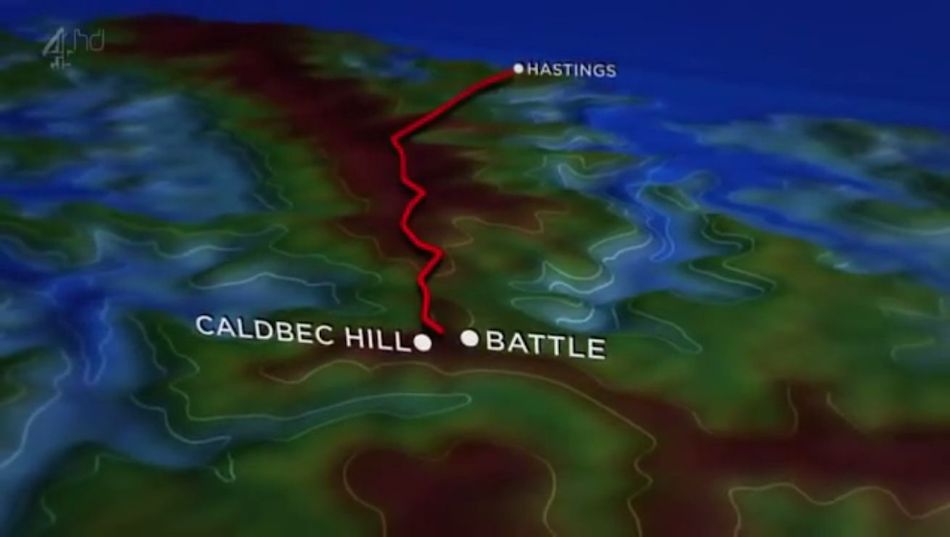 The site of Battle Abbey – the traditional location for the battle – was seen to have been so low-lying and marshy in the 11th century that it would have been extremely difficult for infantry to fight here, and utterly impossible for cavalry. 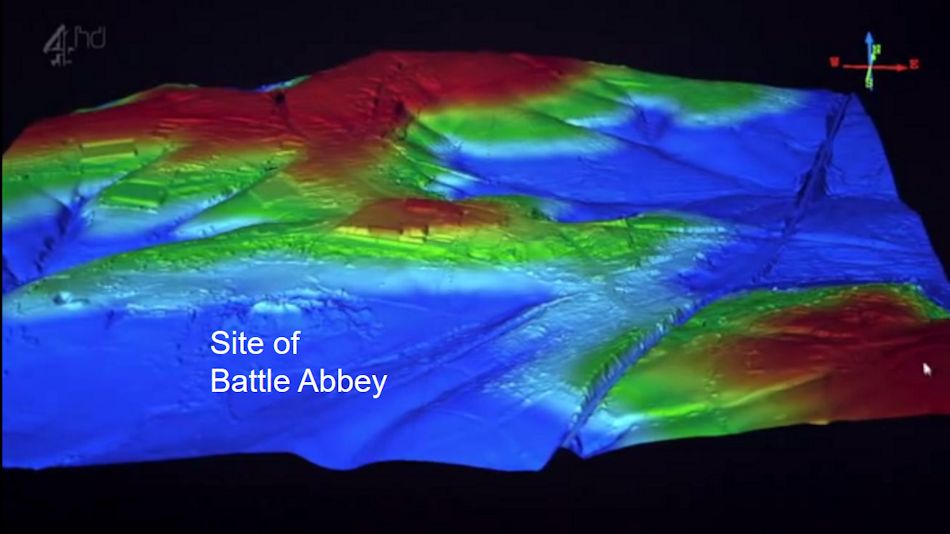 An alternative location that had been suggested for the battle was Caldbec Hill which lies to the North East of the town of Battle. It is probable that Caldbec Hill was the mustering point for Harold’s troops, but it could be seen from the survey that the hill was too large to have been defendable, and that there would be a danger of the French troops encircling the English if they were on the hill. 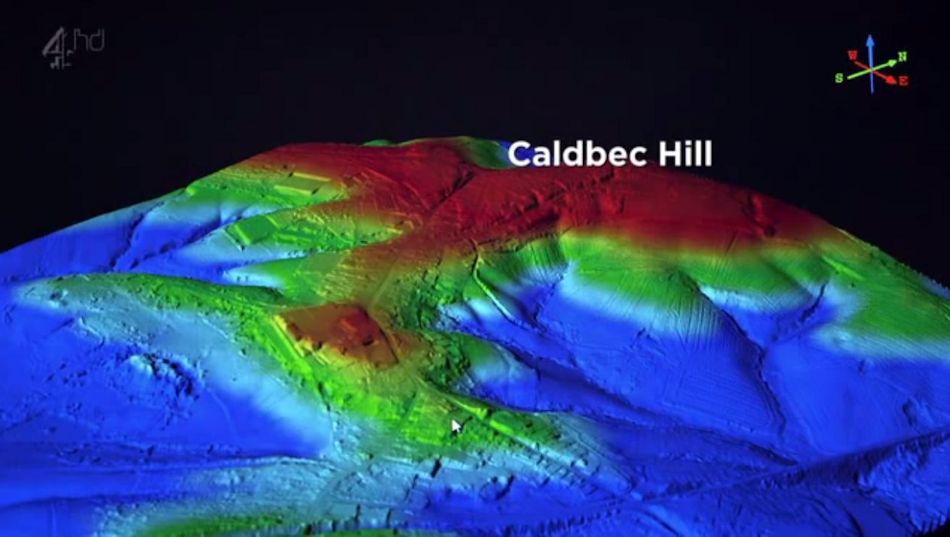 Given the only possible route for William to leave Hastings, the most likely position for Harold to have placed his army was on area of high ground that the route from Hastings passes through. This would give the English the advantage of the higher ground, while the low-lying area around would prevent the English being surrounded. 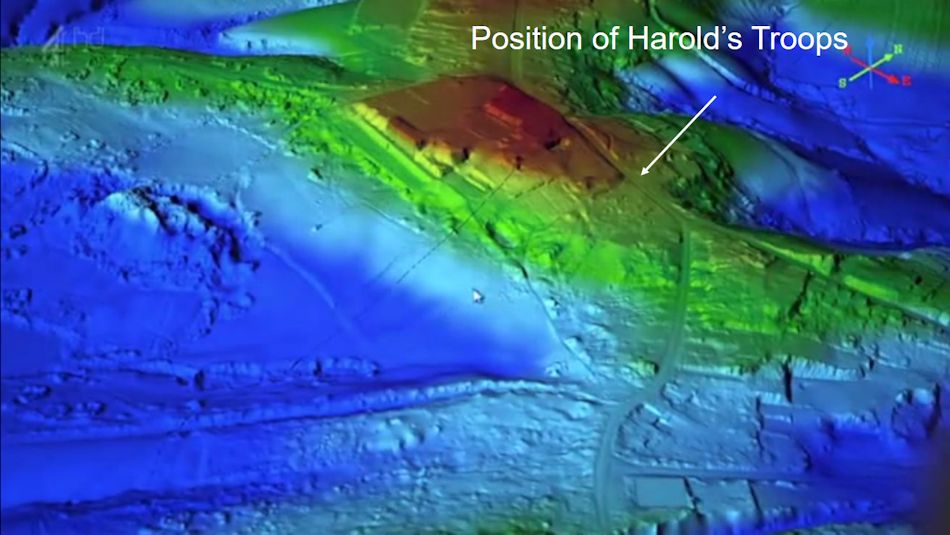 This site today lies within the town of Battle on the A2100, close to a mini roundabout. It lacks the romantic charm of the fields below the abbey, but what it lacks in romanticism is made by a valuable addition to our knowledge of this important battle. 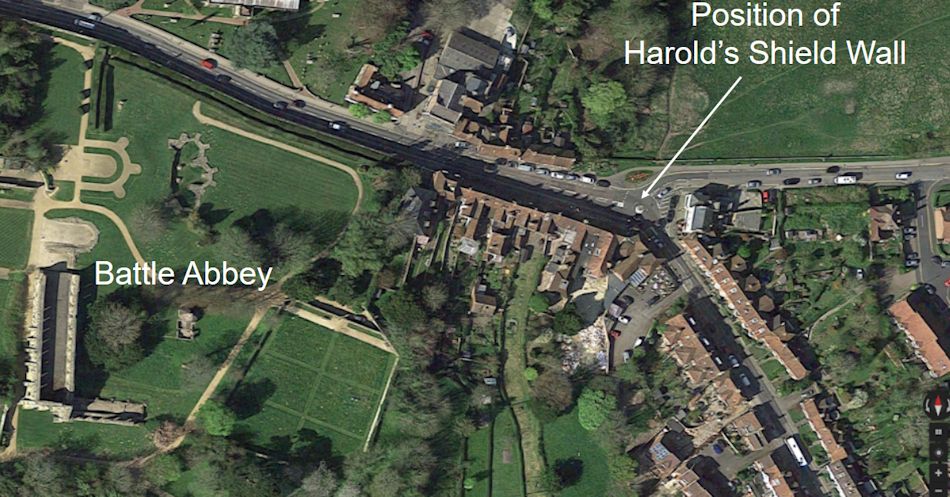