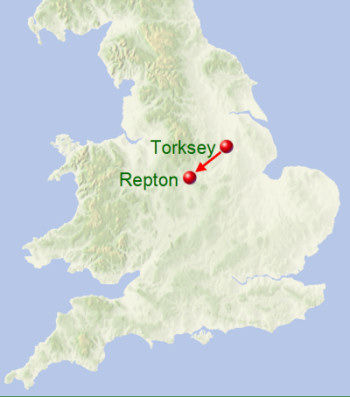 This year went the army from Lindsey to Repton, and there took up their winter-quarters, drove the king, Burhred, over sea, when he had reigned about two and twenty winters, and subdued all that land. He then went to Rome, and there remained to the end of his life. … And the same year they gave Ceolwulf, an unwise king’s thane, the Mercian kingdom to hold; and he swore oaths to them, and gave hostages, that it should be ready for them on whatever day they would have it; and he would be ready with himself, and with all those that would remain with him, at the service of the army.