Watchet- the 19th burh to be cited in the Burghal Hidage 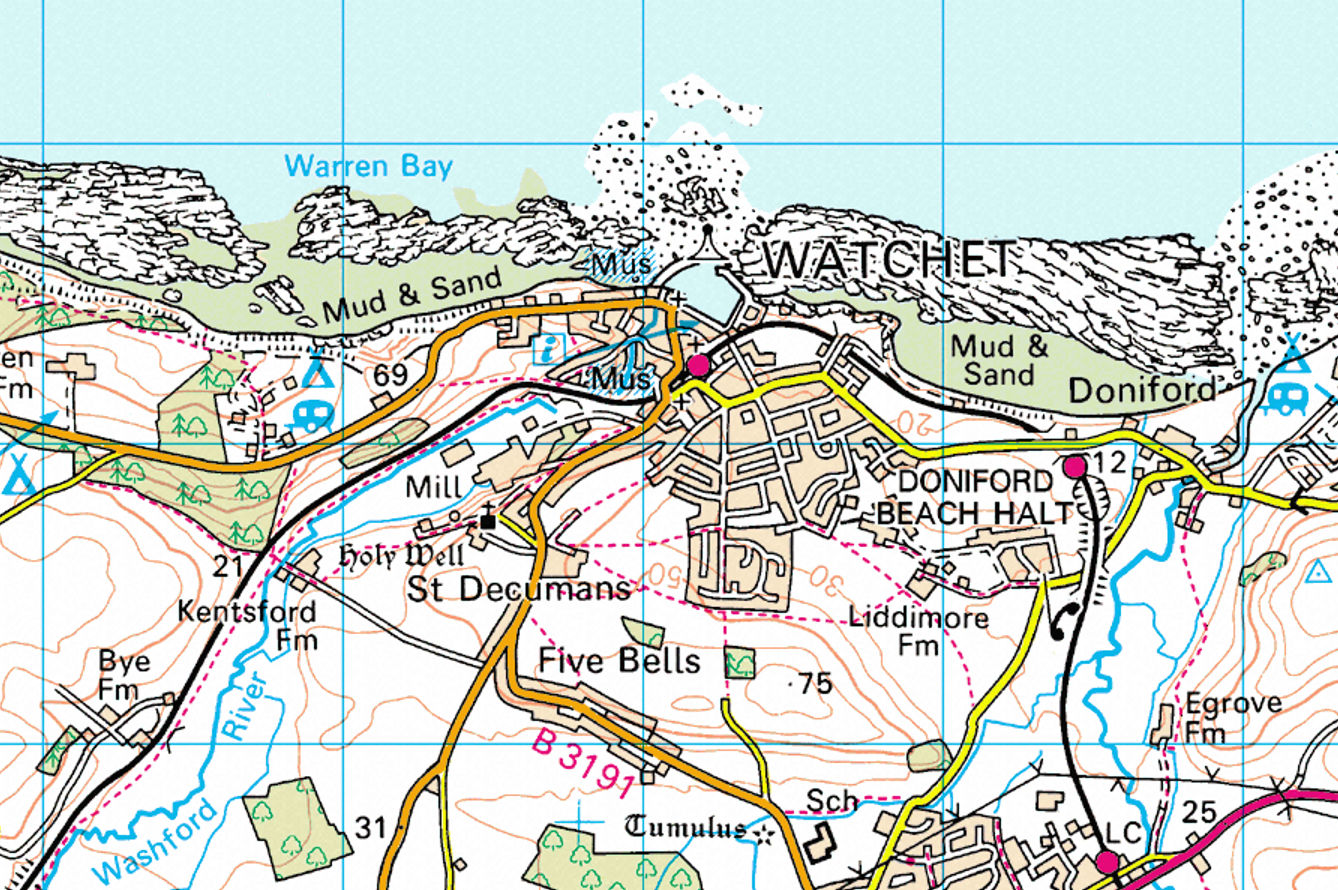 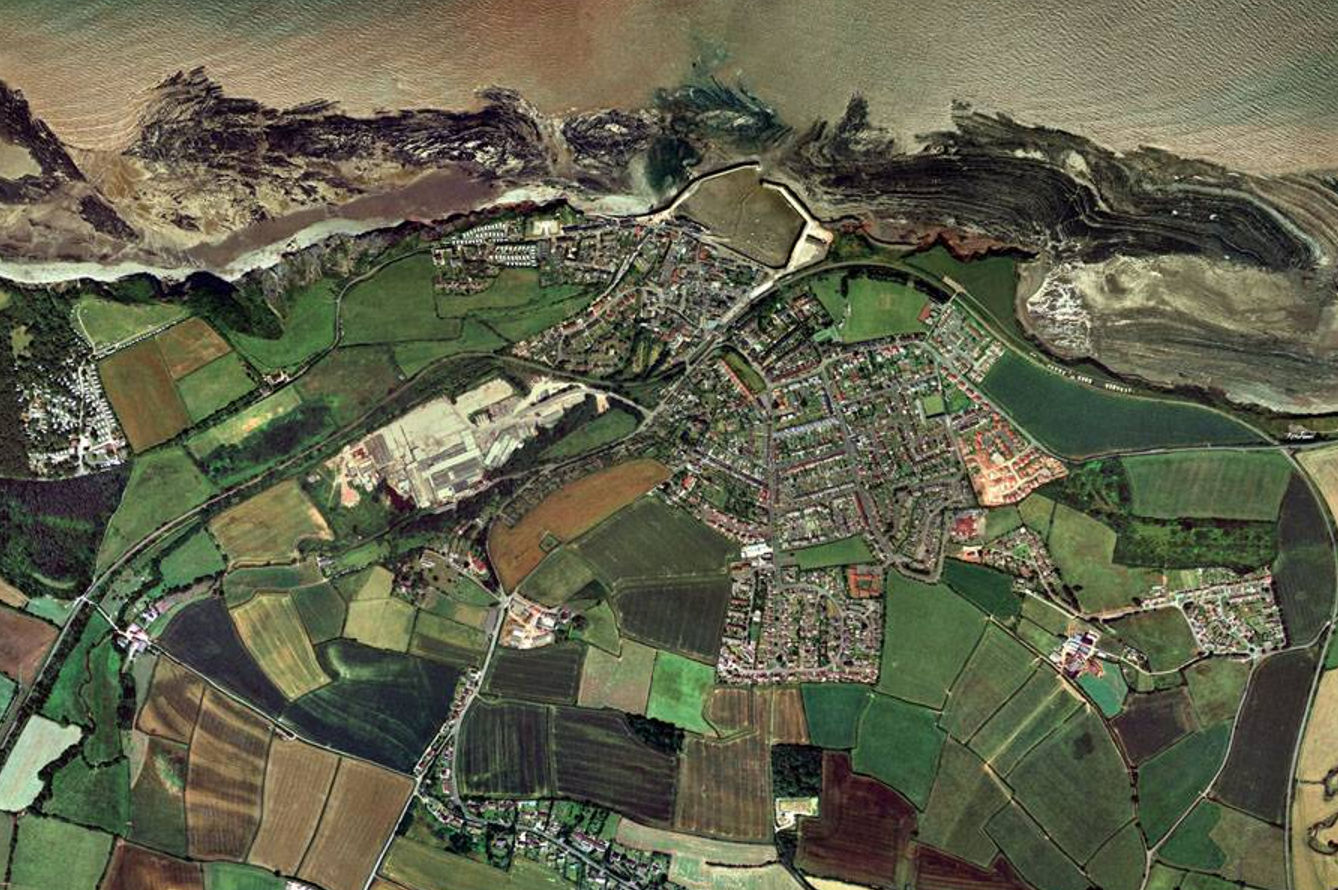 The evidence suggests that the burh was to the west of Watchet at the enclosure known as Daws Castle ST06134328.

“Remains of a fortified site of Saxon date, known as Daw’s Castle. The fortification survives as a curvilinear earthen bank, which encloses an area of approximately 2 hectares. The northern side of the site has been lost to coastal erosion and landslips. The surviving section of bank measures roughly 180 metres in length and has been shown by excavation to have been constructed in two phases. The first phase is thought to date from the reign of King Alfred, between 871 and 899. A mortared stone wall at its base fronted a bank. The second phase involved the construction of a more substantial wall, with a wider bank behind and a berm and ditch in front. This phase is believed to date from the 10th century. This is probably the site of the burh of Weced (Watchet), first mentioned in the Burghal Hideage (see ST 04 SE 28). Watchet was a mint (see ST 04 SE 94). Inhumations possibly dating to the 5th century have been found near by. The site was discovered during the construction of three lime kilns in the mid to late 19th century (see ST 04 SE 112). The site is scheduled and in guardianship, the limekilns are also listed. The bank defining the southern part of the enclosure is visible as earthworks on aerial photographs. It measure 255m long and curves sharply at its north west end by the cliff.” 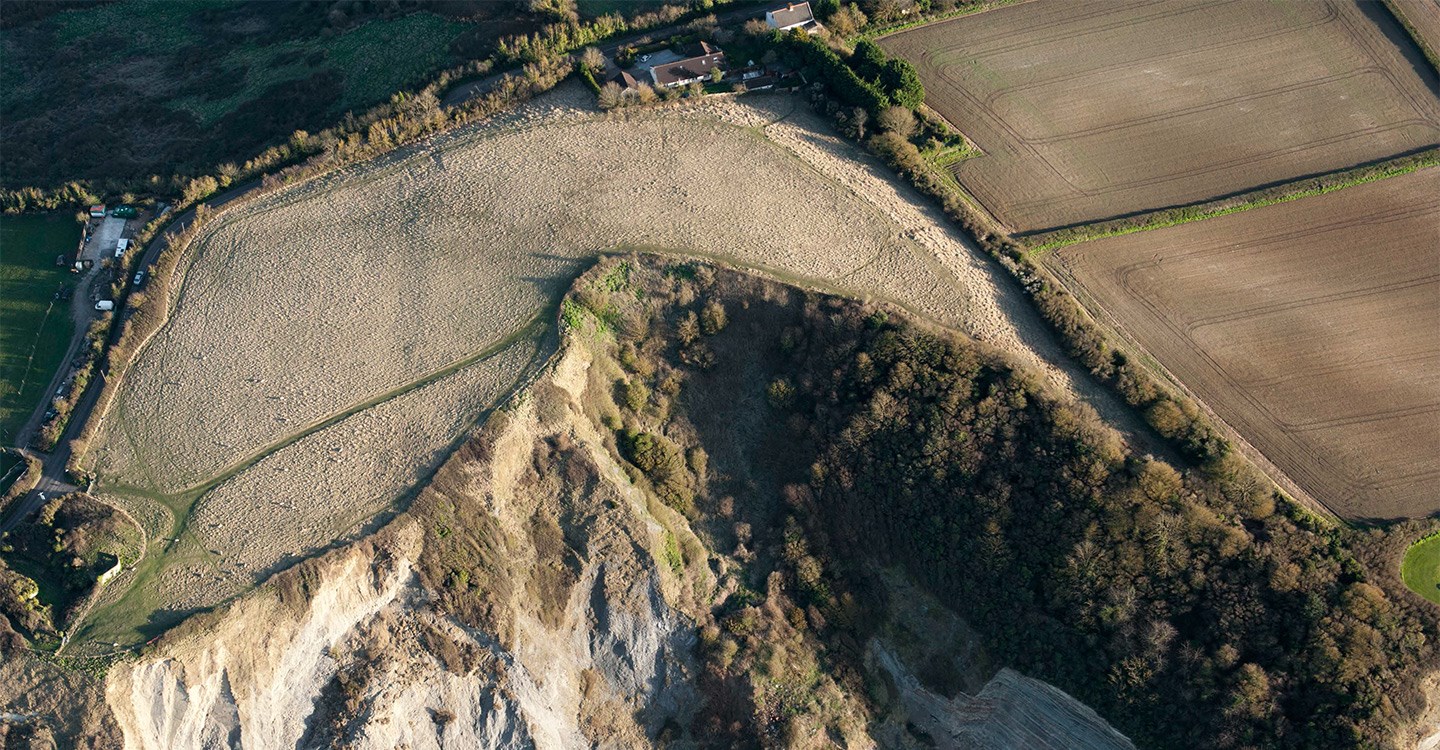 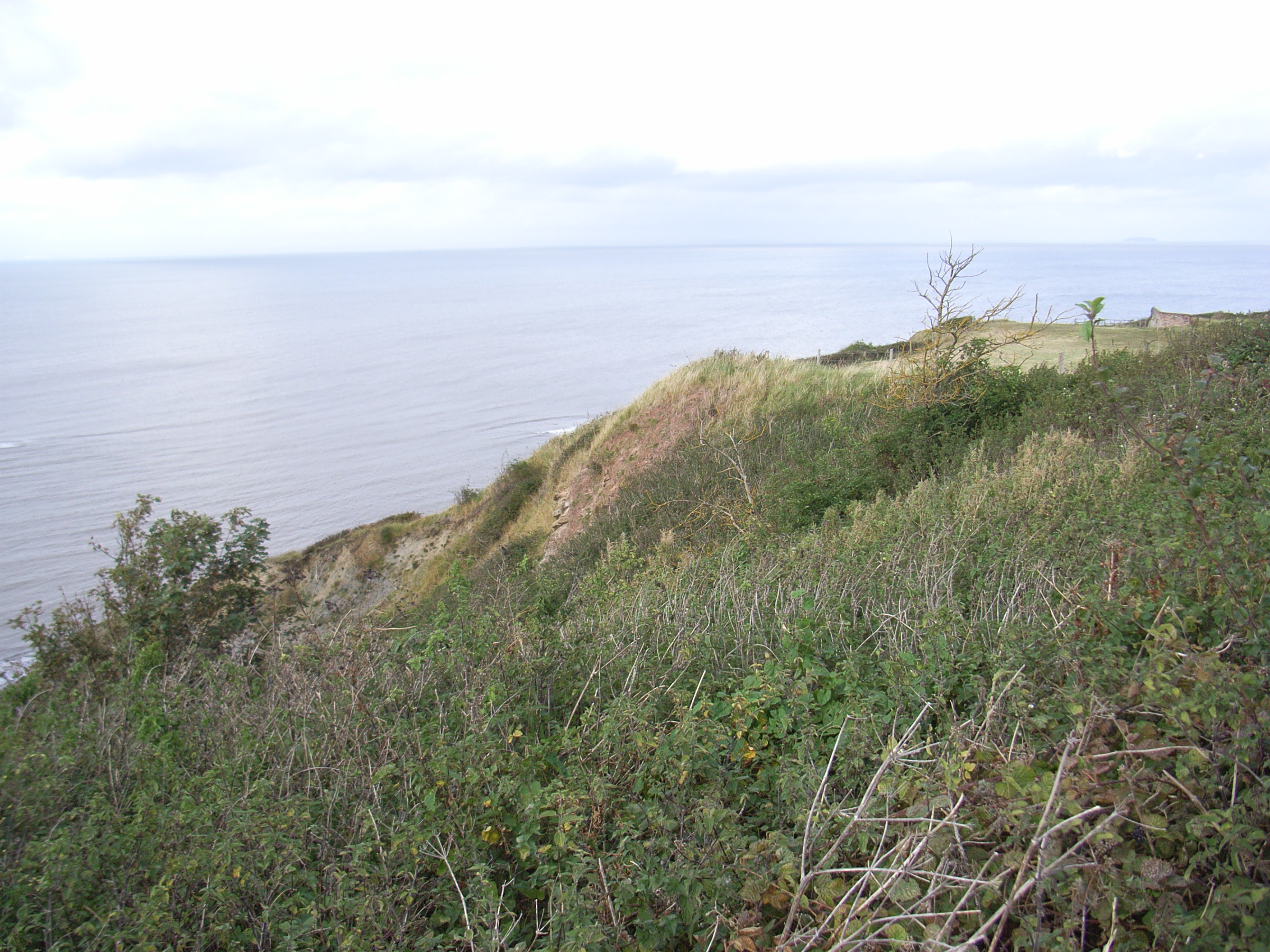