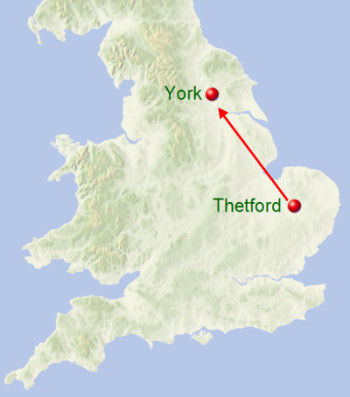 This year the army went from the East-Angles over the mouth of the Humber to the Northumbrians, as far as York. And there was much dissension in that nation among themselves; they had deposed their king Osbert, and had admitted Aella, who had no natural claim. Late in the year, however, they returned to their allegiance, and they were now fighting against the common enemy; having collected a vast force, with which they fought the army at York; and breaking open the town, some of them entered in. Then was there an immense slaughter of the Northumbrians, some within and some without; and both the kings were slain on the spot. The survivors made peace with the army. p>