Bayeux Tapestry: Reconstruction of the End of the Tapestry 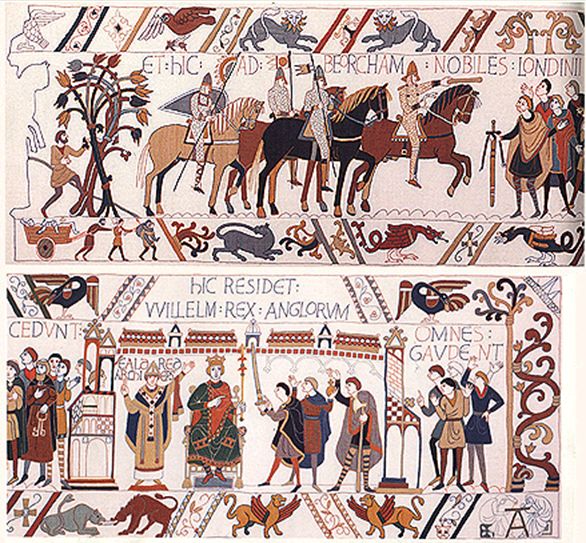 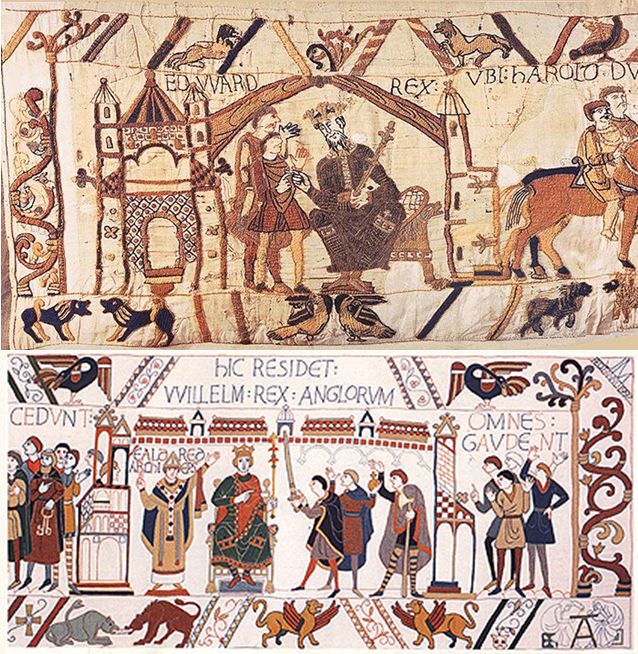 The beginning of the Tapestry and the reconstructed ending.

Reconstruction of the end of the Tapestry by Jan Messent, 1997

In 1997, the embroidery artist Jan Messent completed a suggested reconstruction which depicted William accepting the surrender of English nobles at Berkhamsted in Hertfordshire, and his coronation at Westminster.

Such an ending would balance the beginning of the tapestry where King Edward is shown seated on his throne. It has been suggested that when the tapestry was displayed in Bayeux Cathedral, King Edward and King William would then appear opposite each other.