The Battle of Hastings

The Battle of Stamford Bridge

King Harold’s victory over the forces led by Harald Hardrada of Norway, on September 25 was followed three days later by the news that Duke Williams army had landed in England.

Harold was forced to travel from Stamford Bridge to Battle, near Hastings, in order to meet the invading army, a distance of about 185 miles (298 km).

The Battle of Hastings

The battle of Hastings was fought on the morning of the 14th October 1066. The English army, led by King Harold, where the town of Battle now stands, but William’s army had already marched north from Hastings and it is said that he engaged before Harold’s troops were fully deployed.

Contemporary accounts suggest it was a close run thing. William attacked with cavalry as well as infantry, something the English rarely if ever did. In contrast, Harold’s well trained troops all fought on foot in the traditional English manner. Formed up behind a shield wall in such a good defensive location, they proved formidable opponents for the Normans. It is claimed that the fighting continued for most of the day.

Finally, after reversals on both sides, William breached the shield wall. The collapse of the English defence may have been as a direct result of Harold himself being killed, for medieval armies so often lost their resolve once their leader was dead. Once their carefully organised formation was broken they were vulnerable, particularly to cavalry attack. Despite a possible attempt to hold the Norman pursuit at a site described as the ‘Malfosse’, the English forces were routed, fleeing northward towards the woods of the Weald.

Though other forces remained undefeated across the country, having lost their leader and most of the housecarls the English never again mounted a serious challenge. Victory at Hastings had given William one of the greatest prizes in Europe and saw the English people subjugated by an oppressive foreign aristocracy. 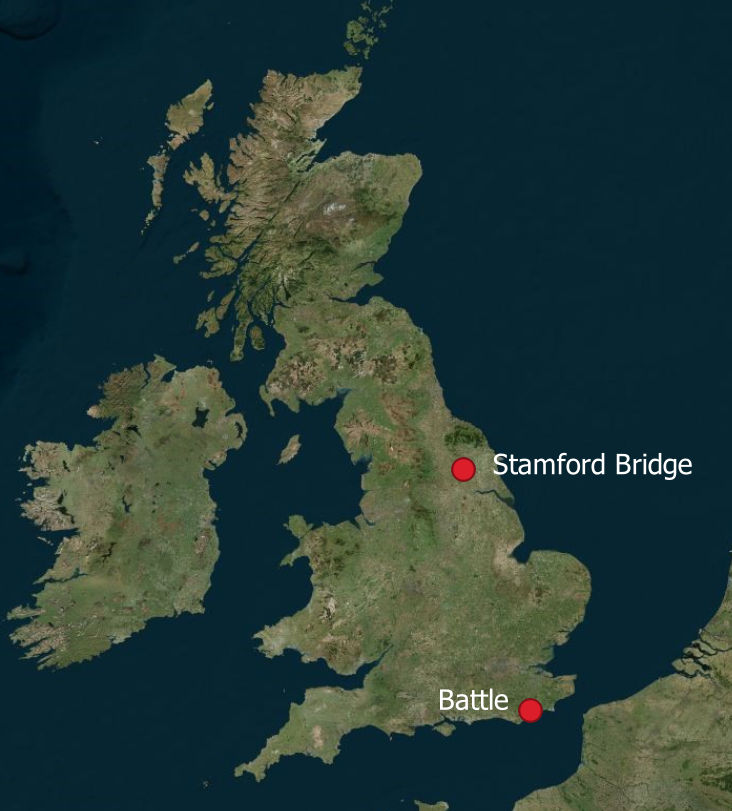