The timber church of St Andrew at Greensted-juxta-Ongar is a unique building being the oldest surviving timber church and one of the oldest timber buildings in Europe. Sometimes incorrectly referred to as a stave church, the church originally consisted of a timber nave built of upright logs, split vertically, and placed side by side, with a groove down the centre and a thin fillet of wood inserted to make a weatherproof seal. The logs originally stood upon a timber sill, but this was replaced by a sill of mixed timber and bricks during a Victorian restoration.

Confusion concerning the date of the church arose when Jack E. Crawford Stringer claimed to have proved a ‘dendro-magnetic’ (a dating technique that does not exist) date of AD 845. From a letter that Crawford Stringer sent to the Bishop of Chelmsford it is obvious that he had attempted dendrochronological analysis of rubbings taken from the timbers.

In 1996 a proper dendrochronological analysis of the timbers produced the following conclusion:
“Dendrochronological analysis of staves from the church of St Andrew’s, Greensted, has demonstrated that the building is later than has hitherto been thought. The analysis presented here provides a terminus post quem for the construction of the building of AD 1063. The balance of evidence suggests that construction probably occurred between c 1063 and c 1100. Despite the new date Greensted remains Britain’s oldest known standing timber building and one of the earliest standing timber buildings in Europe.”
Tyers, I. (1996). Tree-ring analysis of timbers from the stave church at Greensted, Essex. 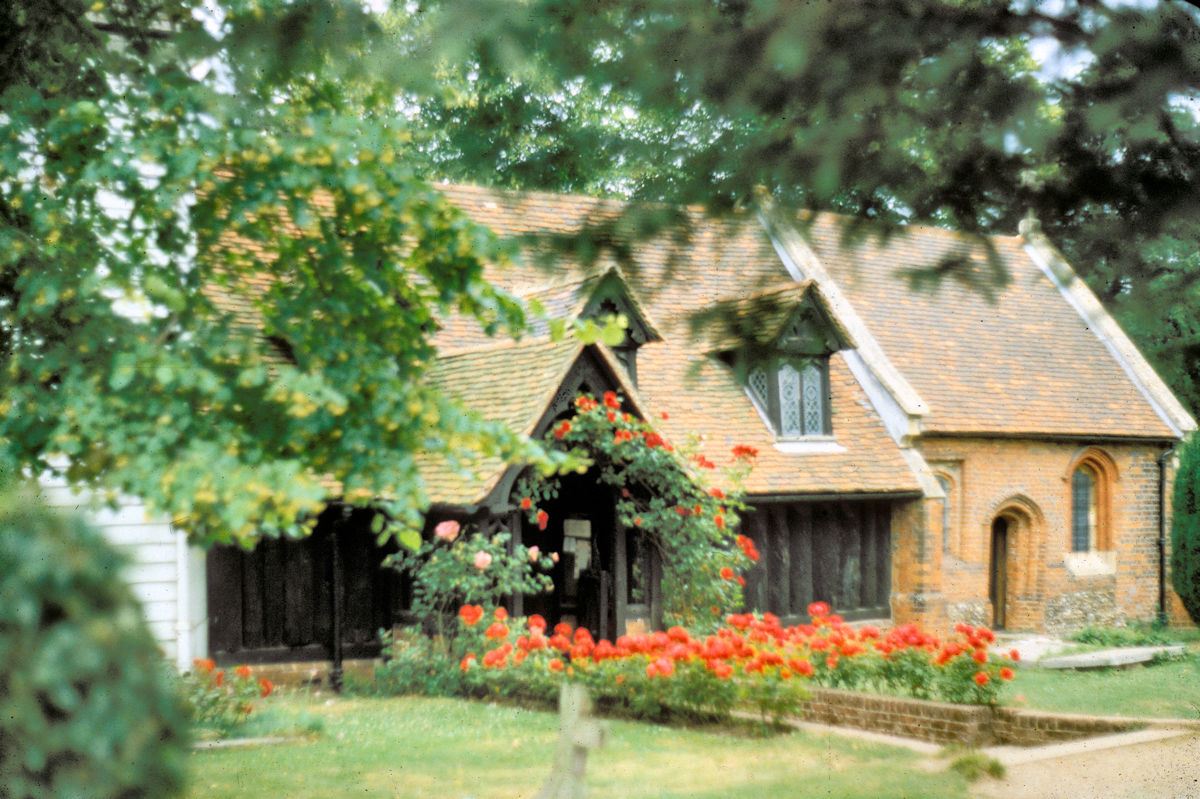 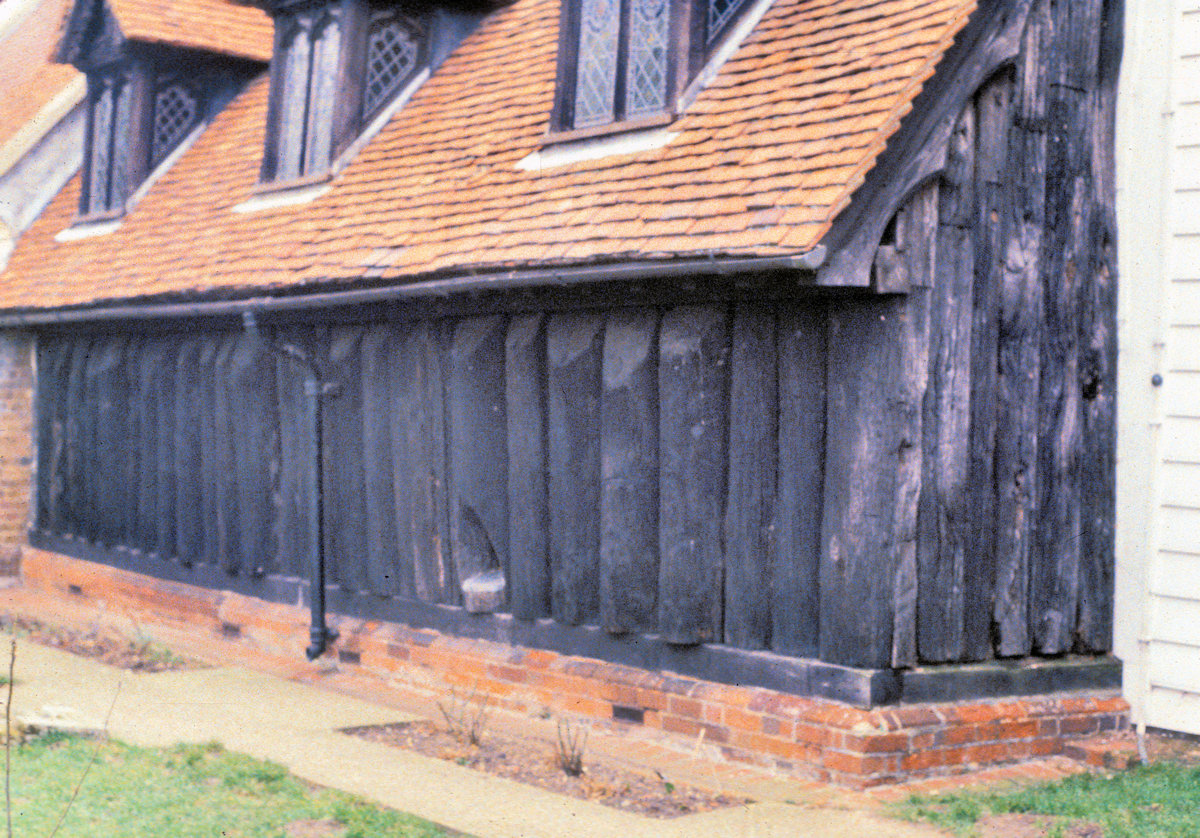 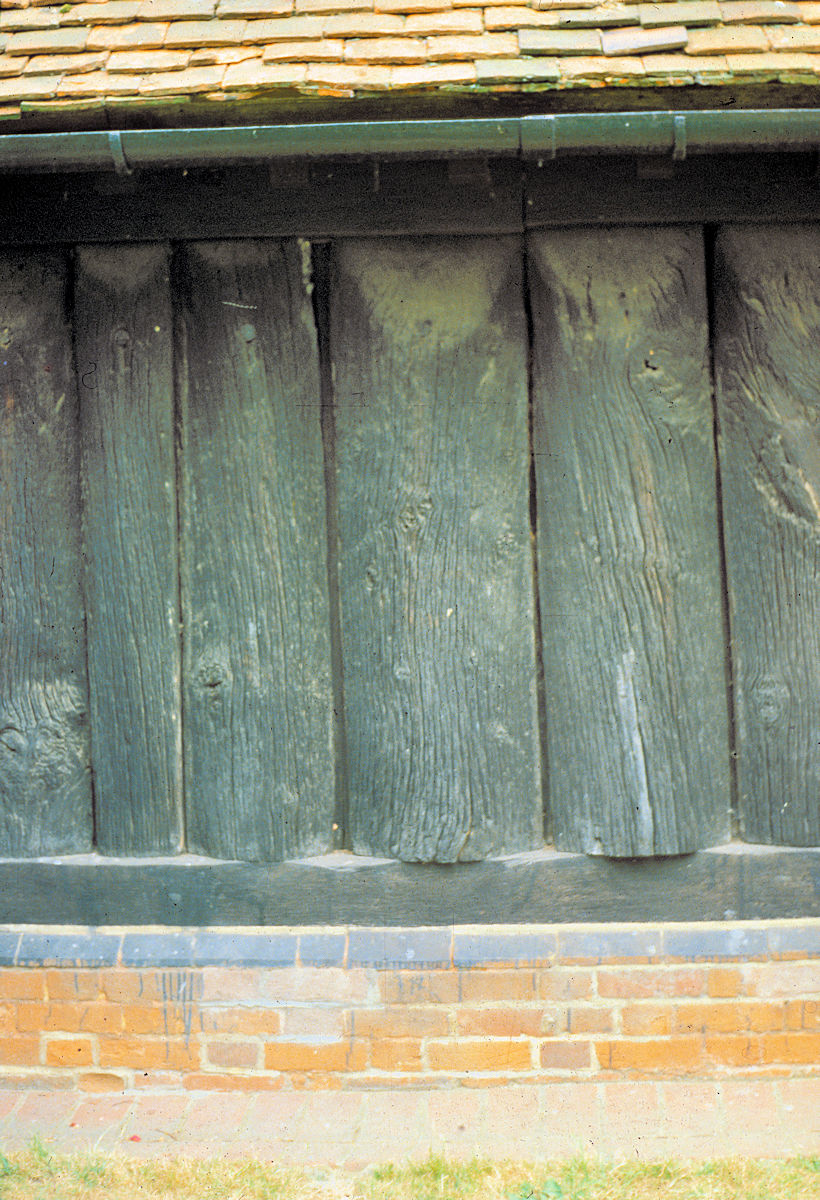 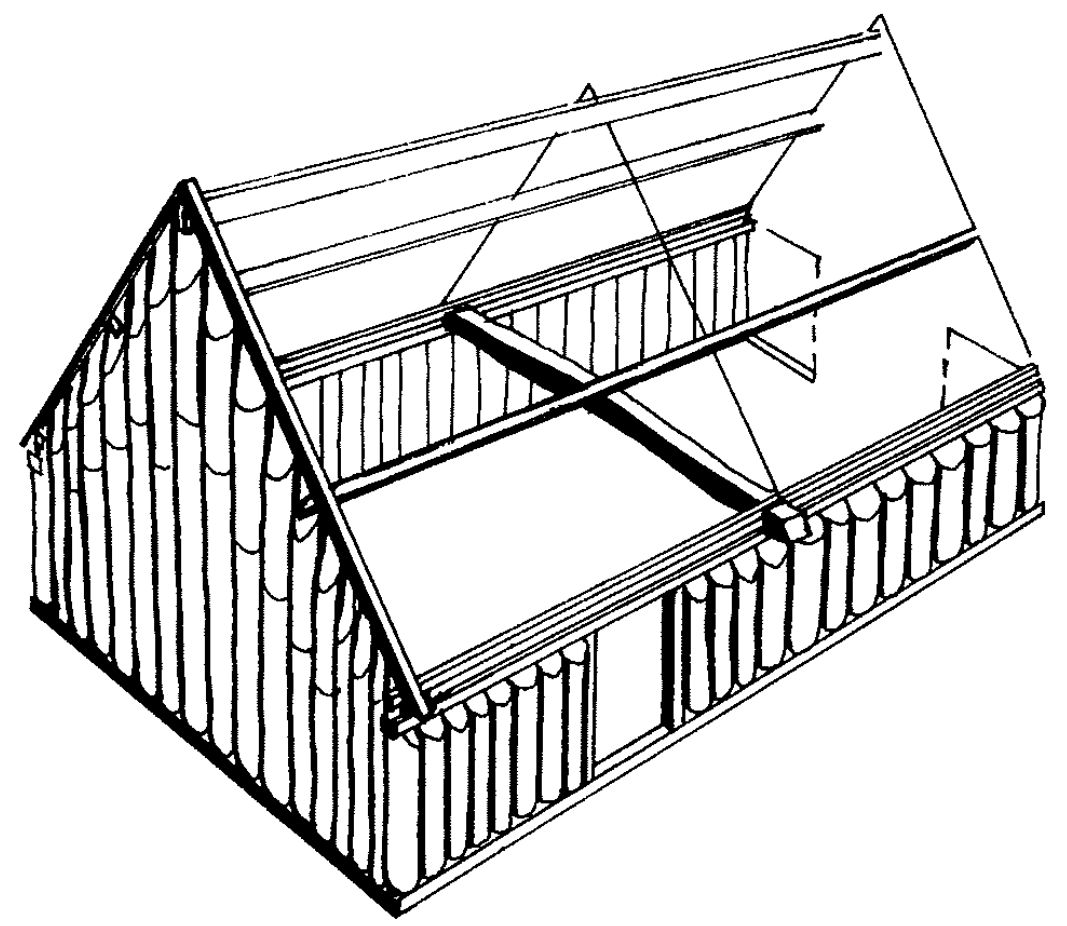 Reconstruction of the original Greensted nave (after Hewett (1980)