Lewes- the 3rd burh to be cited in the Burghal Hidage 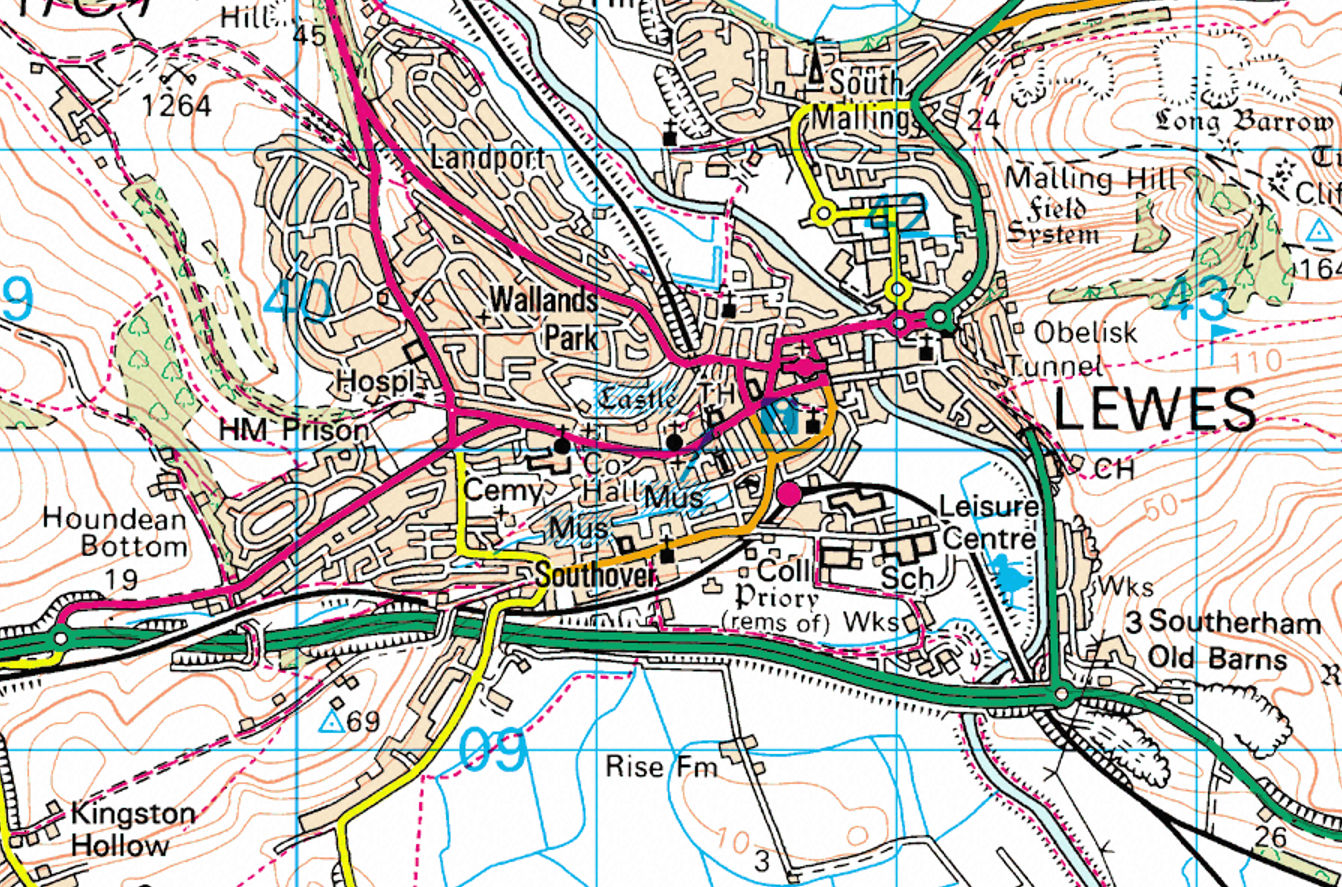 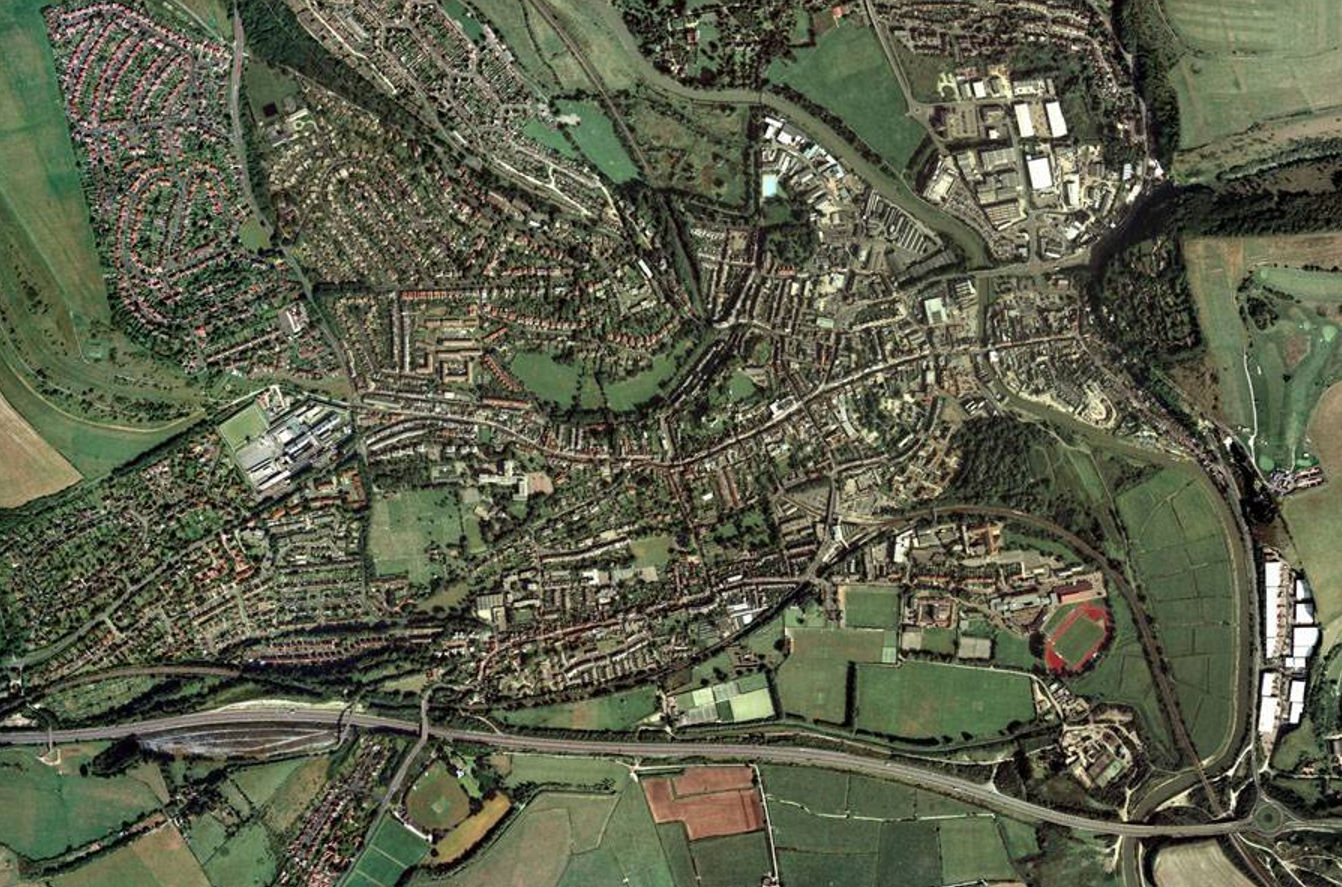 “The extent of the Alfredian burh of Lewes is less clearly defined than some other examples, in that it lacks the surviving circuit of ramparts and ditches seen at, say, Wallingford or Wareham. Of published reconstructions David Hill’s circuit is the most convincing in that the burh is confined to the more defendable part of the Downland spur bounded by Westgate, Brack Mount, and the top of School Hill, with the southern defences midway across the slope between High Street and Southover Road.223 Hill’s eastern line is less plausible, however, as he places the junction of North Street and School Hill just within the walls: Jeremy Haslam has pointed out that an extramural road junction is far more likely,224 as is the case to the west of the town.” 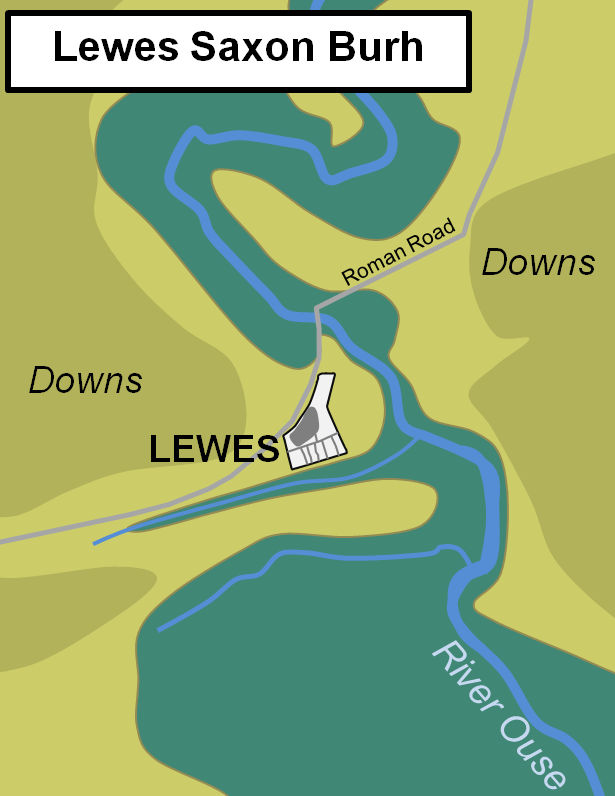