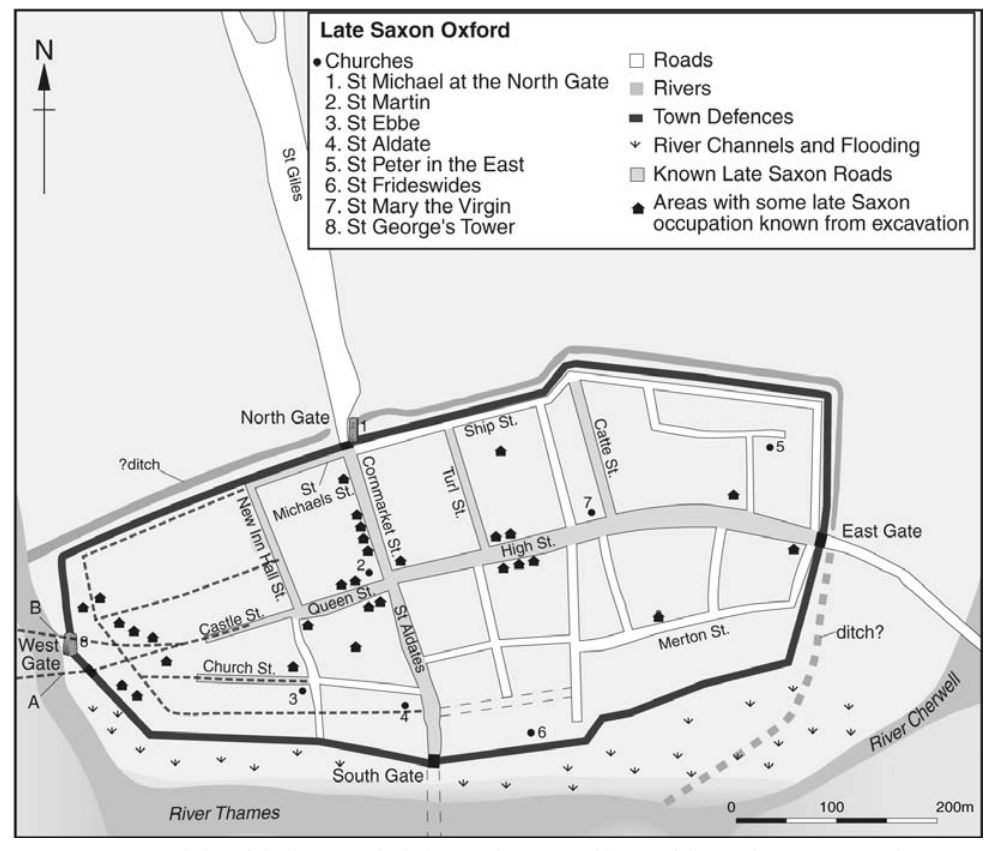 “Two possibilities remain for the position of the town’s west gate at this time – Route A, which would place the gate immediately to the south of St George’s Tower (Figs 2 and 4) and in line with Osney Lane, or Route B, which requires the main east-west street to deviate north from its line and pass to the north of St George’s Tower, where the castle’s west gate was later to lie.” 1
image: Excavations at Oxford Castle fig 4
(click on the images to enlarge) 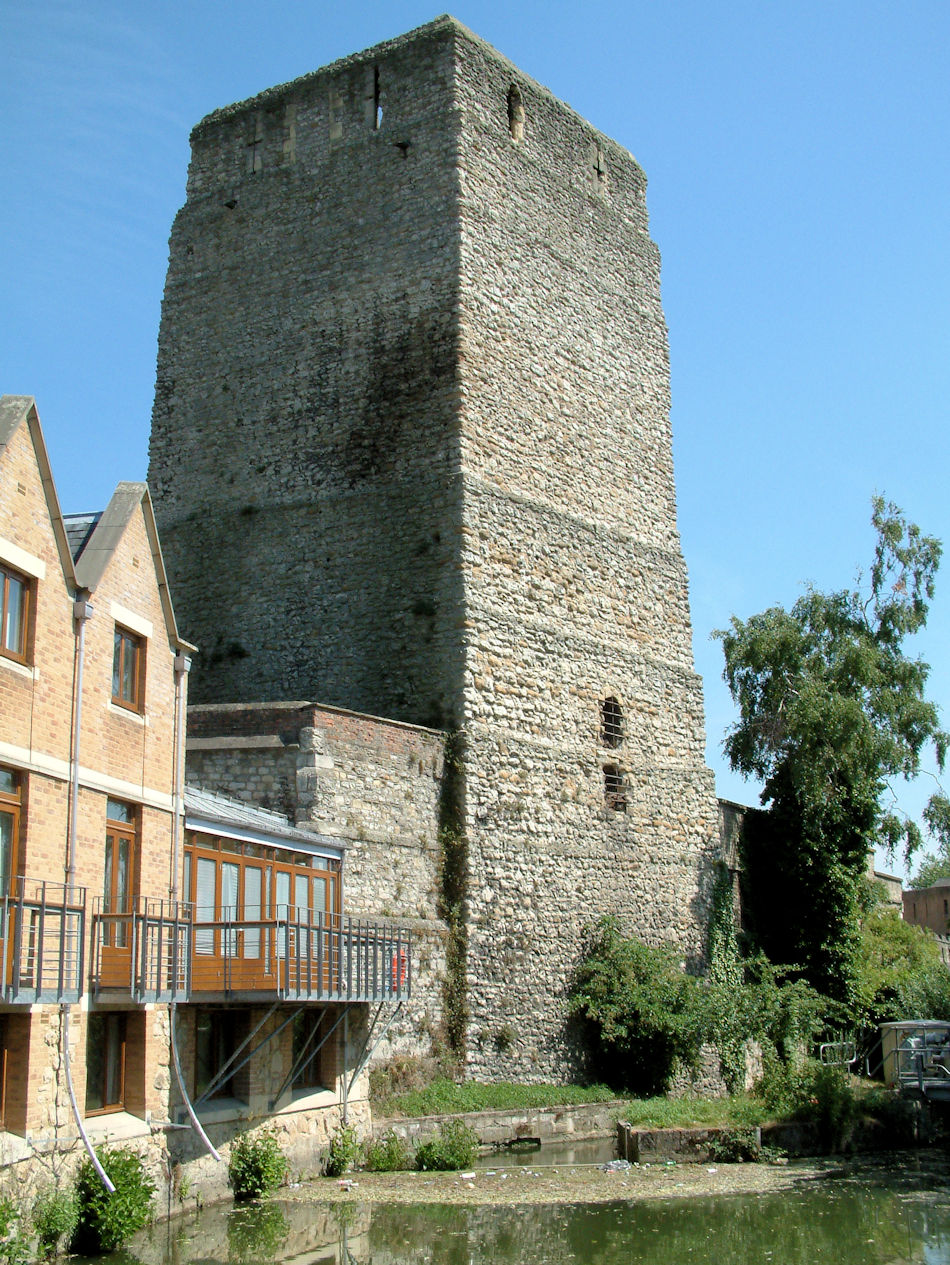