London and the Vikings: the Archaeological Evidence 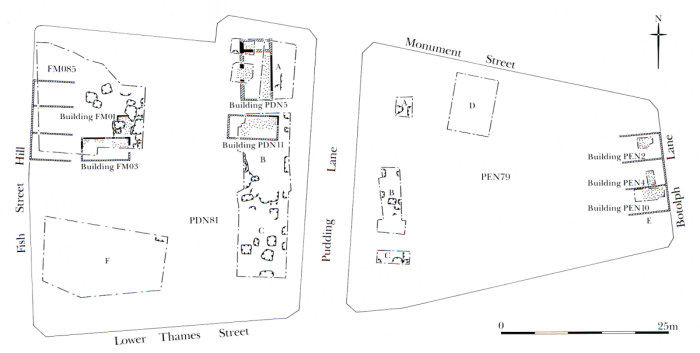 The Billingsgate area in the Late Saxon Period

Archaeological excavations, especially in the area of Billingsgate, have produced clear evidence of the construction of new streets and houses beginning in the late 9th century. Elsewhere within the City of London the evidence is less dramatic, as Victorian basements have removed the Anglo-Saxon ground surfaces, so that only the pits from the back yards have survived, but in the Billingsgate area remains of buildings and the associated street surfaces have been recovered.

The main area of excavation is shown in the plan which shows the areas between Fish Street Hill and Botolph Lane, fronting on to Lower Thames Street as it then was.

In particular, the excavations at Peninsular House, carried out in 1979 (PEN79), produced excellent evidence of structures, including postholes, beam slots and hearths.

Owing to the fact that the modern streets overlay the Late Saxon streets, it was not possible to excavate the Saxon street surfaces. However, it was possible to observe the street metalling in section, revealing the earliest phases of Botolph Lane. 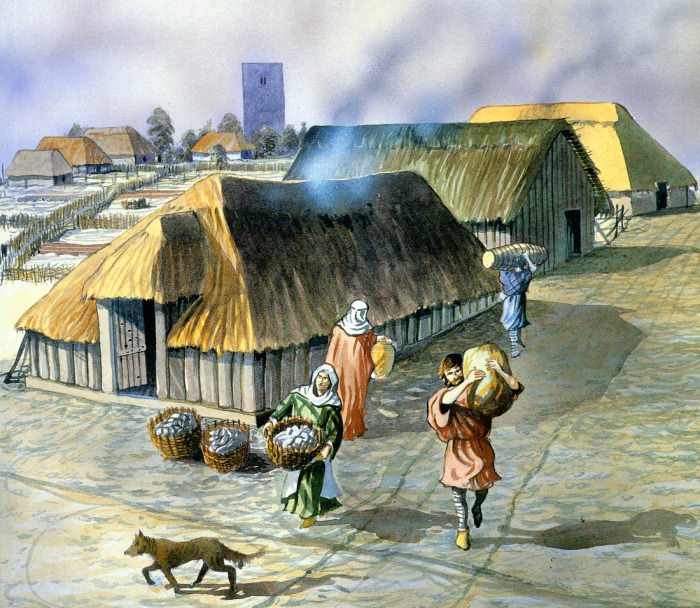 Reconstruction of the Peninsular House Area 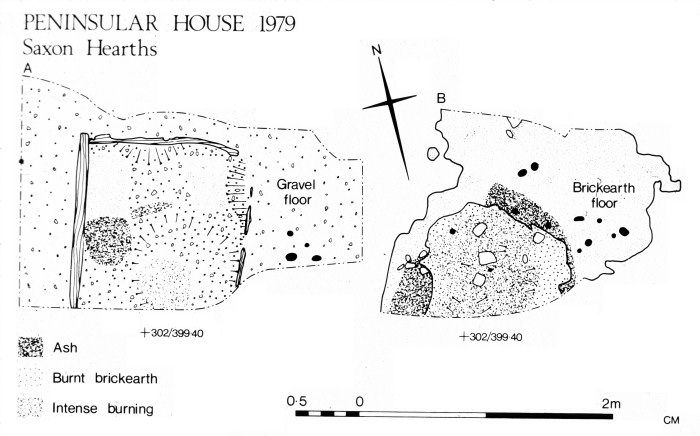 Peninsular House 1979: plan of late Saxon hearths
(click on the images to enlarge) 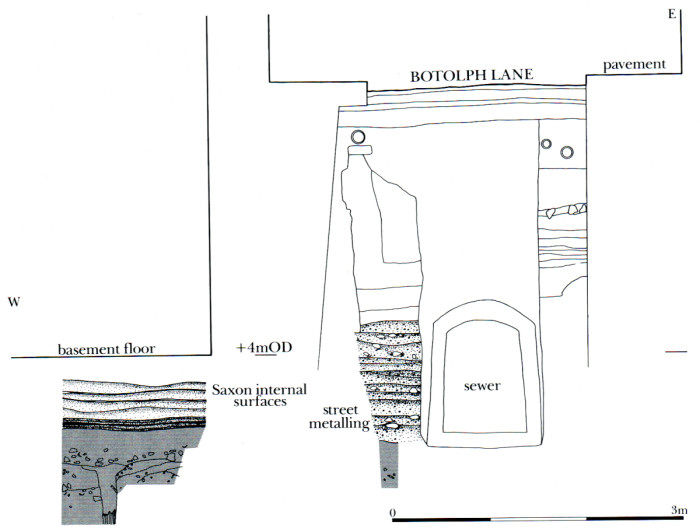 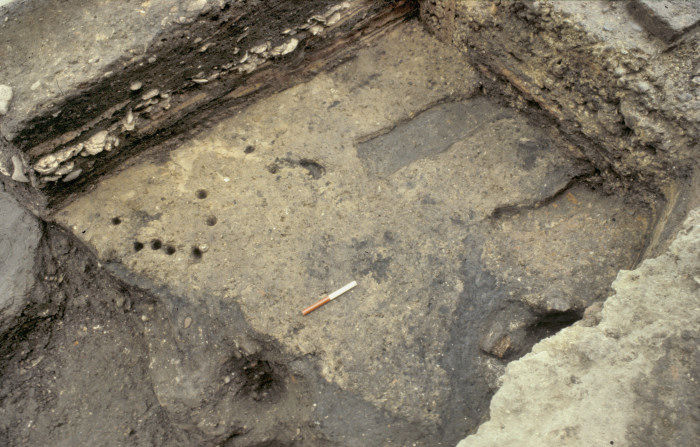 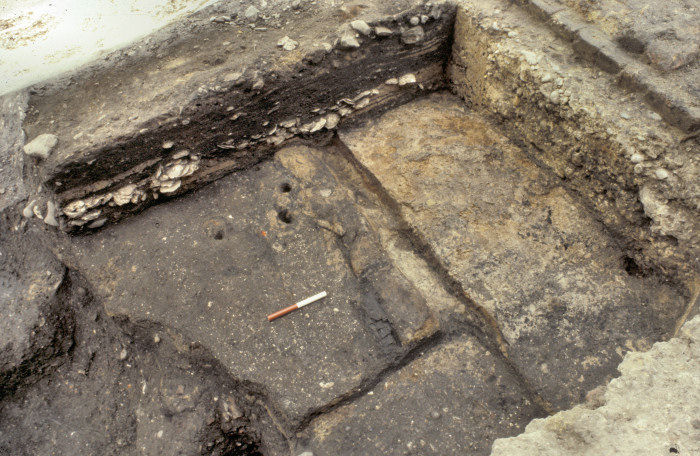 Next Page: London and the Vikings: the Late Saxon Waterfront