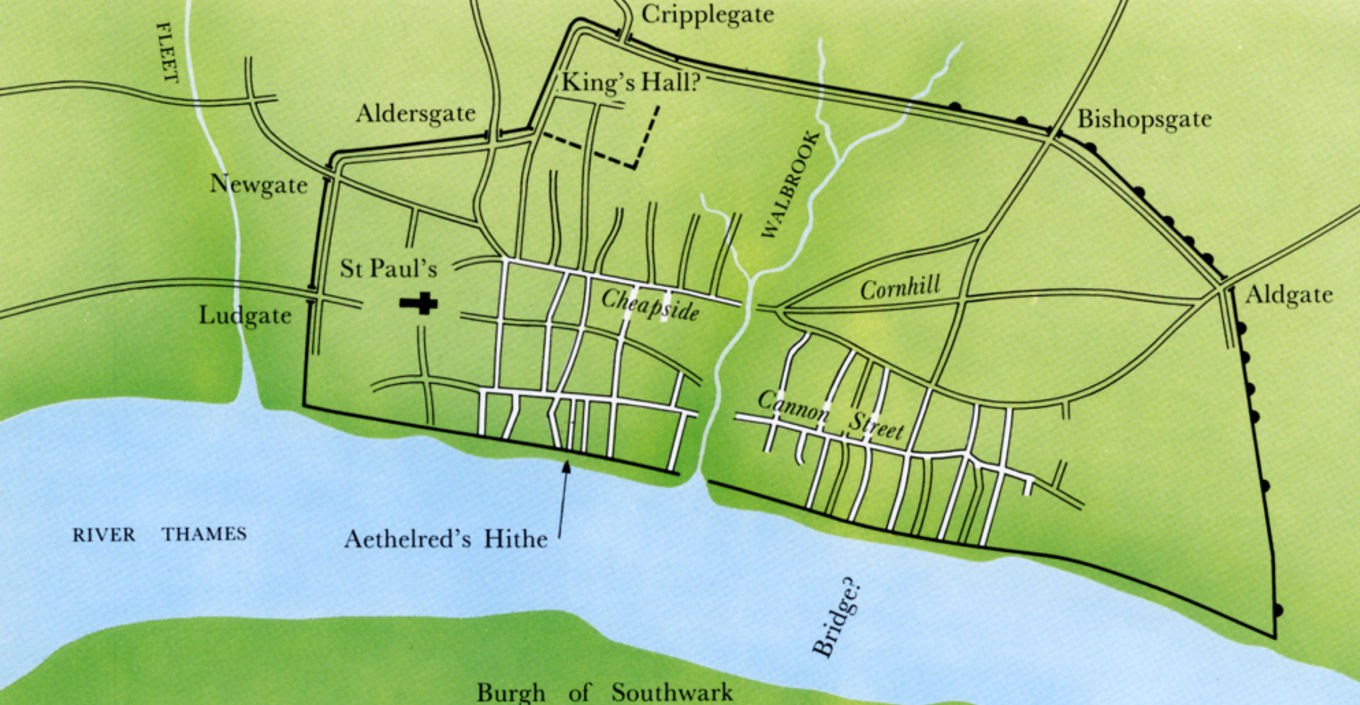 Map of Late Saxon London
click on the image to enlarge

Although the Anglo-Saxon chronicles simply uses the word ‘gesettan’ (occupied), Alfred’s biographer, Asser claims that he rebuilt the city:

In the same year, Alfred, King of the Anglo-Saxons, after the burning of the cities and the slaying of the people, honourably rebuilt the city of London, and made it again habitable. He gave it into the custody of his son-in-law, Ethered, earl of Mercia, to which king all the Angles and Saxons, who before had been dispersed everywhere, or were in captivity with the pagans, voluntarily turned and submitted themselves to his dominion.

There is good evidence, both from documents and from archaeological excavations, to suggest that Alfred did, indeed, organise the rebuilding of London, and that new streets and houses were laid out from the late 9th century onwards.

Aspects of this development have been discussed in a short article by John Clark of the Museum of London. (John Clark, “King Alfred’s London and London’s King Alfred”, London Archaeologist, Vol 9, 2, 1999 – available as PDF file)

Next Page: London and the Vikings: the Documentary Evidence