London and the Vikings: the Late Saxon Waterfront 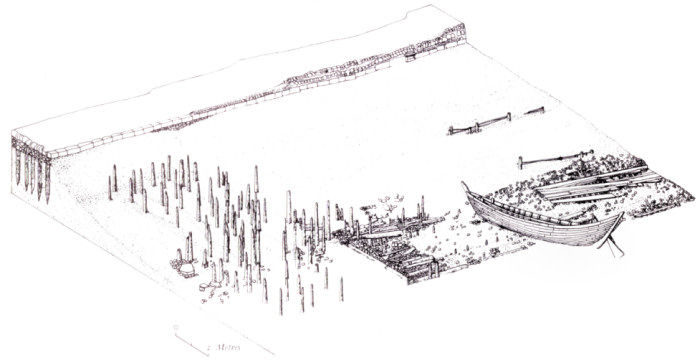 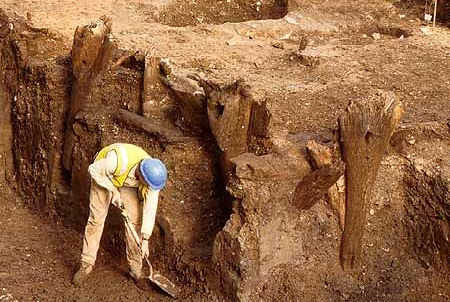 At New Fresh Wharf (now St Magnus House) the Roman waterfront was partially dismantled and dug out of the river silts to be used as part of a bank of timber-laced rubble.

The upstream edge was created by a tree-trunk pegged with stakes. On part of the bank birch logs had been carefully placed to support layers of planks, part of which came from the timbers of a clinker-built boat. These planks formed a hard – a surface on which boats could be beached.

To the west, were a number of oak posts – possibly supports for a jetty. It is possible that the bank was underwater at high tide.

West of this bank were a large number of vertical posts forming a grid around and in front of the old Roman quay (14 rows north to south and 9 rows east to west). The posts had pointed tops. They may have been there to stop erosion, or they may have been defensive in nature. They are similar to the stakes which projected into the 10th century harbour at Hedeby on the Baltic and may have been part of a defensive measure following Alfred’s rebuilding of London.